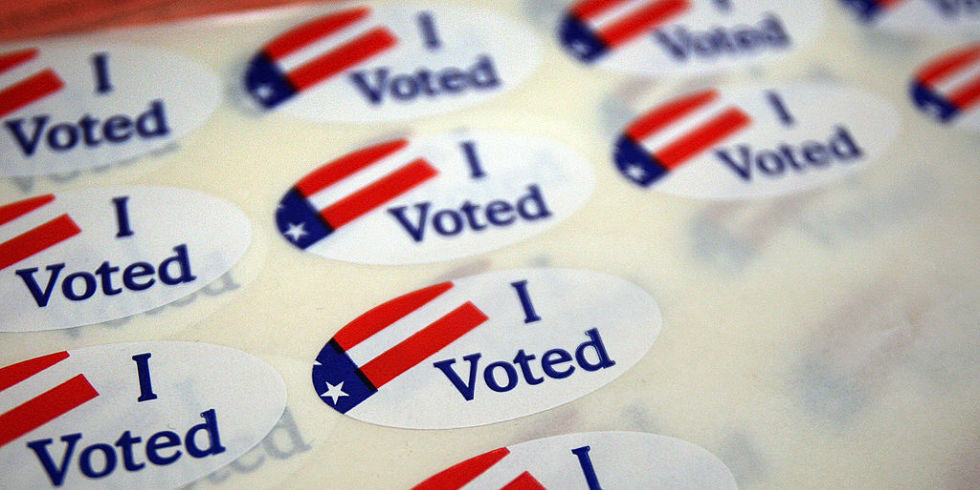 This past July, The New Yorker ran an article by George Saunders called “Who Are All These Trump Supporters?” Saunders writes about his experiences interviewing people at Trump rallies in San Jose, California; Tuscon & Fountain Hills, Arizona; and more. He said that he “didn’t meet many people who were unreservedly for Trump”. This shouldn’t have surprised me as someone who voted for Hillary Clinton simply because she was not Trump. My vote for Clinton was not an endorsement of her platform.

On the one hand, it is no surprise that Trump appealed to the white elite. For one, he promised to get rid of both alternative minimum tax and estate tax. On the other hand, it is a surprise that he also appealed to people living in small cities/rural places. Sixty-two percent of people living in small cities/rural places voted for Trump. Trump won them by giving them an explanation for the changes they were experiencing (i.e. the loss of manufacturing jobs), when liberal America simply diagnosed it. His explanation was immigration: immigrants are taking U.S. jobs. His explanation was inherently xenophobic.

For the most part, unhappy white Americans took this explanation and ran with it, including roughly half of low to middle income voters. But, as Saunders wrote, many had their reservations. The Election 2016: Exit Polls also supported this in that forty-nine percent of Trump supporters said that the “best description of [their] vote” was “I like my candidate but with reservations”. It’s possible that many were embarrassed to admit that they fully endorsed Trump on a survey, but it seems very likely that they didn’t fully endorse his platform in the same way that I didn’t fully endorse Clinton’s.

People say that it wasn’t simply the uneducated white people, or the poor white people, or the white people living in rural places, who voted for Trump. White college educated people voted for him too. This is an important truth to recognize. What is important to recognize about the white poor, though, is that it can be argued that they did in fact ensure his win, by aligning half of their population (forty-one percent of people with an income level “under $30,000” voted for Trump versus fifty-three percent for Clinton; forty-two percent of people with an income level of “$30,000 – $49,999” voted for Trump versus fifty-one percent for Clinton), with a relatively small population: the white elite, the top 1%, despite their class interest. Additionally, the white people living in rural places voted overwhelmingly for Trump. How would the election have differed had the poor white population not been split? What would have happened had there been a coalition between poor white people and the majority of people of color?

Until the American poor, working class, and rural white people are understood, and thoughtfully and thoroughly addressed by conscious white people (not people of color), one of the strongest coalitions – between people of color and poor white people – will never come to fruition. To be honest, I don’t understand these populations. I don’t understand why their lives are changing or why they believe the condition of the nation’s economy to be so poor. I do know that both Clinton and Trump addressed them, but only one told a story about why things are the way they are. That person was Trump.

I’m reminded of Huey Newton, the founder of the Black Panther Party, who wrote in On the Relevance of the Church that

In this case, and for many people, Trump is that god. Until those poor, working class, and rural white Trump supporters with reservations have another explanation for the change they are experiencing, Trump will always be that god.

Clinton didn’t give explanations, she gave resolutions. For example, in her platform she had plans to create a fair tax system that didn’t advantage the wealthy. Plans to invest in the economies of rural communities. Plans to support manufacturing, small businesses, and labor and worker’s rights. She even had plans to address the unfair advantage that the wealthy and well-connected have in the political system. As we all know the poor, working class, and rural white people largely didn’t buy those solutions because they believed she, as a member of the Establishment, did not actually understand. That was confirmed by her lack of acknowledgment of the root problems of their strife in her platform. That was compiled with the fact that those causes weren’t as central in her platform as they were in Trump’s. While Trump is closer to the Establishment than those populations, he gave a cause.

Perhaps a certain reluctance on the left to talk about the causes of white America’s plight is a belief in “contextual skewing”. In Just How Correct is Political Correctness? A Critique of the Opposition’s Arguments, Ayim writes that contextual skewing is:

When we grow accustomed to a certain standard, however unfairly biased in sexist or racist ways, we often come to look upon that standard as the norm, and to discredit as unfair, biased, political, or deviant, any attempts to render the standard even slightly more equitable. I have referred to this phenomenon in other work as ‘contextual skewing’…, meaning that the context with which we are familiar sets up a predisposition for us to think that things should be that way and thus to interpret even small reforms as unfair.

The idea here is that people grow adjusted to standards, and in doing so assume, often incorrectly, that the standard has a high level of validity. So, the reasoning would be that most white Americans are angry because they are no longer “on top”. According to this view, the context of America is changing: non-whites are gaining more power and privilege, and seemingly at the expense of the white American poor and working classes. They believe that that shift is at their expense and at a level that is much greater than it actually is.

Even though contextual skewing may be a true phenomenon, it fails to address the change and belittles it to those who experience it. It reduces their struggles to nothing more than a fever dream. In belittling it, it doesn’t provide a cause. So there are two explanations given for the dissatisfaction of most white Americans: one is that there are people who are posing direct threats to their livelihood and the government is enabling them to continue to do so (Trump’s explanation, and not only his explanation); and two, there is no threat, at least not a sizable one, and they are just imagining it and being racist, sexist, etc.

The problem with the former is that it’s too simplistic an explanation, and one that raises moral qualms. There is no proof that the decrease in some white livelihood and presence of immigrants are related in a causal relationship, if anything they’re simply correlated. In a world of many probable causes, it is difficult, if not impossible, to single out any one cause and deem it the direct cause. And the problem with the latter is that there is no acknowledgment of how they got to be in the situation in which they currently are – which seems to go a long way, as we’ve seen in this election. While neither Trump nor Clinton provided a full and cogent explanation of their pain, at the very least Trump provided a semblance of one. Even the gesture of attempting to understand their problems as they understood them went a long way…

The Trump vote was racist, homophobic, xenophobic, and more but it is also more nuanced than we are willing to say. Ignoring this nuance allowed for Trump to become President-elect and continuing to ignore that nuance will almost guarantee continued inequality and hate. It is the responsibility of white liberals, specifically those who have rejected both their racist ancestry and most of current white America, to channel that understanding into an address to their poor.