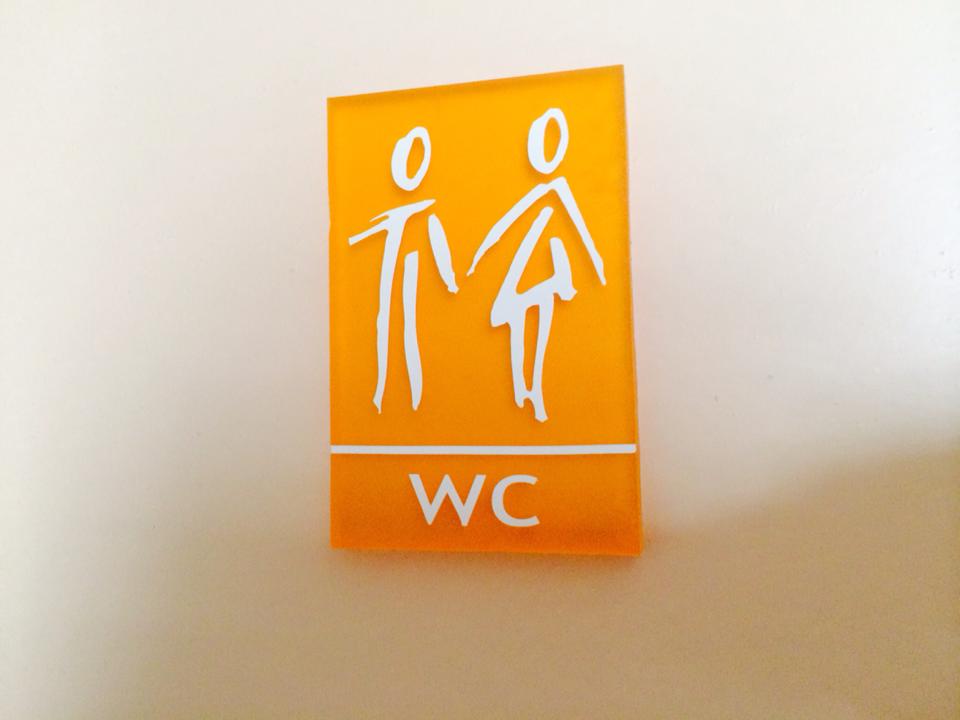 At the Institut de Touraine

The cups of water are smaller and dinner takes longer. Similarly, the washing machines use less water but way more time. Perhaps the French are living genuinely, sans la Super-Size Me mentality, but one still wonders how they’re not all dehydrated all the time.

Clearly, I’m going somewhere with this. Drinking less water means using the bathroom less. French students don’t leave in the middle of class to use the restroom, unlike some Americans we know (sorry, every professor I’ve ever had). The toilets are smaller and rounder and have those buttons specifically for if you’ve peed and want to save the planet, but which never seem to actually flush anything.

The name that comes to mind when one discusses toilets at this length is Slavoj Zizek. Several people have mentioned him to me, unaware that he was one of the leading intellectual heroes of my high school days, which maybe explains a lot, considering the video below.

As for what cultural differences I’ve noticed with toilets in my first weeks in France; firstly, there’s a phenomenon of putting toilets in separate closet-like rooms in the homes here. That probably has to do with not wanting to shit where you floss. It’s inconvenient, certainly, so it seems to be a deliberate choice. According to this Wikipedia article, this choice is made because it saves time when multiple families need to use facilities, but that seems patently false, unless people are really okay with using the toilet and then not washing their hands after. (While some of these toilet rooms have sinks, some literally just house toilets.)

I would say that this separation reflects a cultural ideology that bathrooms should be for cleaning oneself and toilets are for something different. One could consider using the toilet a dirty activity that should be kept separate from the place where one comes specifically to get clean. Personally I consider having bowel movements a form of cleaning oneself, but no one asked me.

As for public bathrooms, well, it’s interesting that a country with socialized medicine has so few public toilets, and so many bathrooms you have to pay to use. This probably contributes to the made-up-but-probably-true statistic that 20% of Europe smells like urine.

Most of the public restrooms seem to be gendered, usually with signs that illustrate difference in gender more subtly than those in America. At the Institut de Touraine, where my study abroad program has orientation classes, there are gendered bathrooms in several locations, but the second-floor bathroom is nongendered.

The bathrooms at a popular bar by the river, Guinguette de Tours sur Loire, are non-gendered. There’s a row of three stalls followed by an area with a couple of urinals. Interestingly, the toilets don’t have seats, thereby requiring one to hold a deep squat for the time that it takes to pee out most of a bottle of wine.

As for Zizek’s analysis, it speaks directly to my experience. If I have one last thing to say, it’s that I never appreciated how much I usually visually check what’s good with my bowel movements until suddenly they were hidden by the toilet bowl’s shape like some sort of deep-sea creature in its cave. À bientôt!