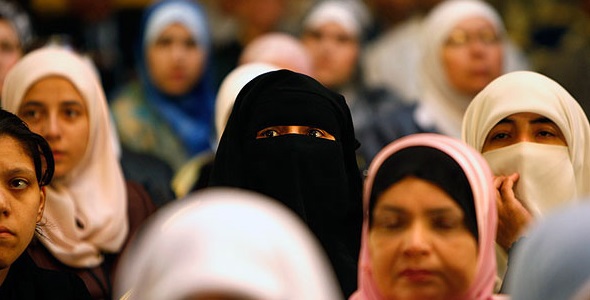 The neoconservative camp, always eager to wrestle with imaginary positions of their opponents, is now bravely challenging another belief that no one holds, which is that “all cultures are equal” in every way. George Mason University Professor Walter Williams has jumped aboard the “Western values are superior to all others” bandwagon and asks, “Is forcible female genital mutilation, as practiced in nearly 30 sub-Saharan Africa and Middle Eastern countries, a morally equivalent cultural value?” The neoconservative Clarion Project’s Douglas Murray takes the campaign directly to progressives by asking, “How many young girls’ clitorises had to be mutilated while they busily curated their left-wing credentials?”

This arrogant cultural trope is nothing new. The neoconservatives who brought us the Iraq War, Abu Ghraib, and Guantanamo Bay have promoted the “inequality of cultures” idea throughout the War on Terror to justify militarism, invasion, torture, and systematic violation of international law. Sliding from “culture” to politics to statecraft, their ideological conceit is that “we,” the West, have an enduring tradition of protecting women, while “they,” the Middle Easterners, are so barbaric that they cut the clitorises off of women, and therefore our “culture” should govern their “culture.” But their sudden passion for Middle Eastern women’s rights—indeed, any women’s rights—must be taken with a shaker of salt.

Obviously, not all cultural values are equal in a moral sense. For example, a political culture of militarism and war, the kind that produced hundreds of thousands of deaths in the Iraq War, is inferior to a political culture that prefers non-violence, diplomacy and peace, the kind that you might find in, say, Canada. Furthermore, where it occurs, in both Islamic and non-Islamic communities, female genital mutilation is indeed barbaric, savage, and backward and should be condemned as such.

But neoconservatives play the “pro-woman” game only when it comes time to bash fanatical Islamists who happen not to be on our side in whatever war the neoconservatives are pushing. Thus, when our side made deals with Afghan tribal warlords who were none-averse to female genital mutilation, the neoconservatives fell silent, for their militarist “realism” always prevails over their rhetorical feminism.

Moreover, the neoconservatives are distinctly anti-woman when it comes time to allow grassroots democracy to flourish in the Mideast. I’ll show you what I mean.

They argue that “they,” the Middle Easterners, mutilate girls’ genitals and that “we,” the Westerners, don’t. What inanity. The West’s insipid, criminal Iraq War mutilated the genitals— not to mention the faces, necks, arms, and legs— of thousands of Iraqi women and girls, all after years of sanctions that killed thousands of Iraqi girls every month. Some may insist that these were necessary means to a righteous, democratic end, but the only meaningful “ends” thus far produced by the Western aggression in Iraq have been unyielding sectarian violence, car bombings and refugee camps.

Ever since the Iranian Revolution, and especially since the induction of pre-Iran War hysteria, neoconservatives have also been fond of bashing Twelver Shiite misogyny as a decidedly backward, anti-Western phenomenon. Yet their beloved CIA, a beacon of Western “democracy building,” helped oust the democratically elected Mohammad Mosaddegh in 1953 and enthrone the Shah, a far-from-enlightened dictator whose secret police force, the SAVAK, “tortured and murdered thousands” of political dissidents. Where were their sympathies for brutalized, displaced, and widowed Iranian women when that was happening?

And while they do the newly fashionable thing of bashing the Egyptian Muslim Brotherhood’s very real chauvinism, it is probably worth mentioning that the West has been siding with anti-female Egyptian tyranny ever since 1919 when, amid an anti-colonial struggle which eventually killed 800 Egyptians, Woodrow Wilson backed the British rule in Egypt even as native women “testified that British troops ‘leveled their weapons at us’” and violently suppressed the protests. Fast-forward to less than a decade ago when the United States decided to purchase Egyptian “stability” by propping up Hosni Mubarak’s government during its “systematic arrest and harassment of peaceful political activists” and “lethal” crackdown on both male and female asylum seekers. As we see, the long-standing tradition of Western devotion to democracy and feminism isn’t so pure.

Yes, we should condemn FGM and misogyny whenever it occurs at anyone’s hands in any culture. That’s not the dispute here. The dispute is whether or not the military interventions championed by the neoconservatives have proven more conducive to women’s empowerment than feminist and human rights struggles. Though it may be noise to militarists’ ears, the answer, resoundingly, is no.