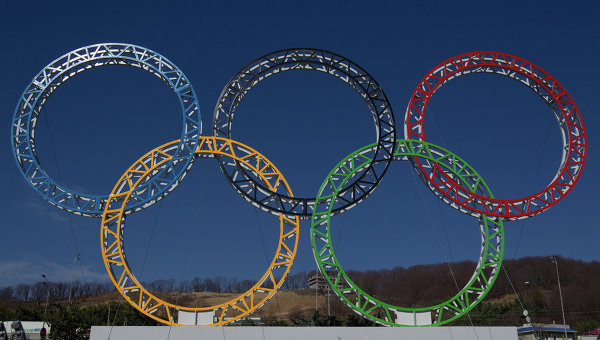 As the puck found its way to the boards behind Canadian goalie Carey Price–where it would undoubtedly remain as the final seconds of the Olympic men’s semifinal hockey game ticked down on Friday afternoon–those of us who sat in the backseat of frosty-windowed cars on dark- winter-morning drives to the rink, who waited for the Zamboni to make its final oval loop and for the last pile of snow to be shoveled (always too slowly) away, exposing finally the clean sheet of glistening and fresh ice for the cutting and, those of us whose legs ached and ankles bent, whose bag of sweaty pads gave the garage that subtle, dank odor it retains, today truly felt the sadness of America’s 1-0 loss. But I was not one of them. At the end of the day, most Americans don’t really care whether we won or lost in Sochi.

Our men’s hockey team, playing in what is traditionally one of the premiere events of the winter games, had lost hope of gold on Friday, and I’d go so far as to guess that most of our student body had no idea. I watched the semifinal game against Canada because I enjoy high-level competition. I wanted the USA to win, for sure. I wanted it badly in the moment. But, tomorrow, when I wake up and roll over in bed, I surely won’t be thinking about the loss. Will you?

My parents remember exactly where they were when the US beat the Soviets in the 1980 “Miracle on Ice.” Many of us can echo Al Michael’s legendary call, as time ran out: Do you believe in miracles? When we beat Russia in the preliminaries this year, in an overtime thriller, T.J. Oshie became America’s heartthrob for a day – yet many will remember him more for his attractive girlfriend than for the four shootout goals he scored to help the US advance. Our hockey team, having since lost 5-0 to Finland in a hardly contested bronze medal game, will leave Sochi empty handed, but how many of us heard their swan song? I didn’t watch the Finland game, did you? In 2014, does anyone feel like that team truly represented us?

Hockey players do. National hockey pride was on the line at Sochi this year. One group of hockey players was given the chance to prove that they were better than another group of hockey players – but I think that was pretty much it. In 1980, though, the Olympic hockey team played for more than just bragging rights. Tensions of the Cold War gave the 1980 games more significance than just sport. The conflict between the US and Russia manifested itself primarily in each country’s attempts to flex its muscles, and, as trivial as athletics may seem, even those who wouldn’t have identified as sports fans appreciated the steroidal flood of confidence that Herb Brooks and the boys had given the nation.

Political implications matter when it comes to the Olympics. They meant something at Lake Placid in February of 1980, two months after the USSR had invaded Afghanistan, and they meant something in 1936, when African-American Jesse Owens won the 100-meter dash in Berlin, Adolf Hitler looking on from the bleachers. The Olympics have been called “Earth’s most political apolitical event,” and for good reason. However, as the games came to a close this year in Sochi, I struggled to find any political or military disputes that struck me as relevant to the athletic competition at hand. Russia’s recent anti-gay legislation made headlines in the weeks leading up to the games, but never did I jump to the conclusion that Alex Ovechkin was the homophobe behind it all. Many Americans protested the Olympics in general – but they weren’t protesting the Russian teams we competed against. Athletes are not politicians, and sports seem trifle compared to other issues we are bombarded by online and on TV.

Though there are countless US troops deployed around the world, I don’t even know exactly whom we’re fighting these days. While we hear news of combat in Syria and Afghanistan and elsewhere, we aren’t actually “at war” with any of these countries, and most information about our international political and military activity is considered classified by the American government. Furthermore, as the US becomes more diverse, and as technology allows us to live in a much more global world, international boundaries seem far less significant now than they were, I imagine, even ten or twenty years ago. In addition, the focus of the media of late has been mostly on introspection, from healthcare to progressivism to the debt crisis and more, and not so much on issues abroad. And all of this, together, makes the Olympics a little less interesting.

Are you familiar with the names Erika Brown and John Shuster? I’m assuming not. They are the captains of the American women’s and men’s curling teams, respectively, and I sure didn’t know who they were until I Googled it. The thing is, if Al Qaeda had a curling team, and our Erika Brown was set to line up next to a couple of their curlers for a medal, I wouldn’t miss a game. If, ten years ago, we had the opportunity to see a team from the United States play a team assembled by Iraq, I’d be buying chips and salsa for a viewing party. But this year, it seems to me, the Olympics don’t carry much weight outside of just a display of high-level sports, which (while that may be their very intention) makes them barely more exciting than what I can watch on ESPN or the Internet every other day of the year.

The 2014 Olympics are over, and I don’t really care, and I didn’t really care, and I wish I did. I wish I felt a larger sense of national pride, but I don’t. I wish those medals were somehow ours, not just the athletes’ who won them, but they aren’t. I wish I had a memory, like my parents do, of the 1980 hockey team’s “Miracle on Ice,” when the victory of one team ignited the souls of a nation. Perhaps wishing that would be wishing for more conflict in the world – but isn’t there conflict already? This year, those conflicts didn’t carry over onto the rink. Those conflicts weren’t embodied on the court or the slopes or the track. While the games still dominated TV ratings, they didn’t quite infiltrate our hearts. The cultural and emotional importance of the Olympics has diminished – sport is sport, isn’t it? I just wish it could still be more.