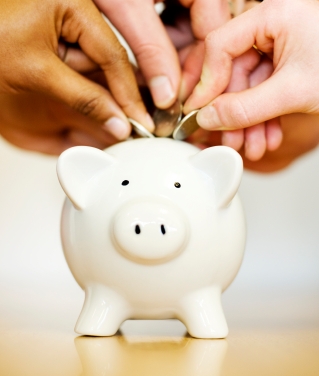 Walk into Val and you’ll struggle not to notice that each day student groups put up new posters for parties or speakers, usually at the expense of other posters. They fight for our attention every time we head to Val, trying to engage us with captivating colors or their sheer quantity in the hallway. Below is the poster’s information crediting the club responsible, and further inspection typically reveals that, despite the competitive nature of the advertising world in Val, there is a list of co-sponsoring organizations providing financial support for the upcoming event.

At first glance, one may understandably conclude something like: “Wow, BSU is co-sponsoring one of La Causa’s events, this must mean that the groups really have been working together this semester.” However, in my opinion, there is an unspoken crisis in club culture at Amherst College that people might not even recognize. Co-sponsorship does not necessarily equal collaboration, even though it may be the case. Co-sponsorship, as presented on the posters, can often be misinterpreted as a suggestion that clubs are genuinely working together, when in fact they are just helping each other with funding. I have noticed that this trend–which I’ll call the “co-sponsorship craze”–is not collaboration, but multiple clubs pitching money into an event so they can all take some credit and get their names out there. Co-sponsorship isn’t a bad thing, but it can be a detriment to social life if we only imagine club collaboration from a financial perspective.

We need to reimagine club collaboration at Amherst. For example, if the Black Student Union and La Causa co-sponsor a Native American Students Organization movie screening, then they may encourage a few BSU and La Causa members to go. However, these guests would likely just be engaging in the movie rather than interacting with NASO members. Unless they were instrumental in the organization of the event, the BSU and La Causa would have only been financially supporting another affinity group.

Last semester, Pride Alliance and the Amherst Christian Fellowship, two student groups that some would never expect to mingle together, organized a “mixer” in which Pride Alliance members went to a meeting hosted by ACF. As an e-board member of Pride, attending the event gave me a much more accurate perspective of what the Amherst Christian Fellowship is like, despite my own misconceptions of religious student organizations and concerns from other queer students about such a mixer. We listened to engaging spiritual songs and did a “speed-friending” activity.  Ultimately, I was surprised by how quickly I bonded with new people within the hour. I reconnected with my spiritual side while still feeling like I was in a safe space for queer students. Fortunately, I have heard that there are other student groups on campus with similar mixing efforts in the works for this semester.

At Amherst College, I’ve heard my fair share of social commentary about the tenuous “athlete/non-athlete divide,” a term that endures as a major part of our social consciousness every semester. I’ve heard several students talk about how the social life at our college is dominated by student athletes and about how the culture perpetuated by “the socials” and frequent “formals” creates a divide between athletes and non-athletes. I honestly think that non-athletes, who tend to be the most involved in student organizations, should think more about how there is also little interpersonal interaction between clubs. The inviting concept of co-sponsorship is not a legitimate way to go about bridging our student groups. It’s the illusion of collaboration without real human connections.

I’m a non-athlete myself, so I really can only speak to the purpose and functionality of “mixers” in the Amherst athletic community from an outside perspective. However, in addition to Amherst LEADS, a leadership development program for Amherst’s student-athlete population, it seems that athletic teams also get to know the members of other teams by organizing joint parties. Admittedly, more camaraderie probably exists between two athletic teams than the Chess Club and the Black Student Union. Nonetheless, I think the clubs on our campus, especially the affinity and political groups, could apply the concept of athletic mixers to their own programming to build community and to create positive change in campus social life. You shouldn’t have to join an excessive number of clubs to get to know the people in those groups. Instead, your club leaders should make an active effort to make sure members are exposed to a variety of other groups on campus.

Collaboration means working with another person or group in order to achieve a goal. Student groups should take their collaboration efforts a step further from co-sponsorship by intentionally finding ways to get their members to interact with members of other groups and foster intergroup dialogue. To be fair, economically, it makes a great deal of sense why clubs would co-sponsor each others events. A club’s budget doesn’t have to take such a toll when another group co-sponsors their events. It may mean one less trip to the AAS for the club treasurer. While I understand the value in co-sponsorship for expensive events, I think it’s only one possibility for collaboration between student groups. It’s somewhat unsettling if one student group feels that they are really valuing another one by just being on the same poster. The co-sponsorship craze can be quite detrimental to our college community if we are trying to build genuine connections between students from different groups. Let’s give “club mixers” a shot and balance them with co-sponsored events.