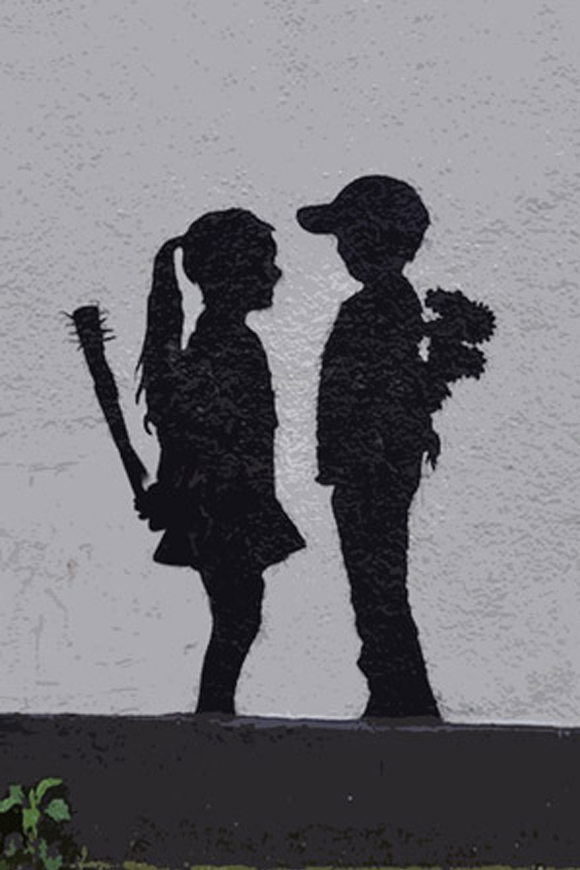 By nature of its small student body and central dining hall, among other things, one might find it hard to hide at Amherst College. At some point or another, I think we’ve all thought something like, I really wish I went to a bigger school so I wouldn’t have to see that girl whom I obnoxiously hit on last night, today, in this cluster-f of a line for Egg McCharlies. Usually I end up seeing that girl – or the guy I denied loaning a pen to in Econ last year. That guy appears around every corner. At Amherst, we constantly find ourselves running into the same people, whether we like it or not. Yet, what about the people we don’t ever see?

There has got to be at least one student at Amherst whom I haven’t crossed paths with in my time here and never will. Whether it’s a Math major in Plimpton who plays League of Legends all day, or a girl on the rugby team who works out while I’m still sleeping and takes classes in Grosvenor House when I’m awake, there is surely a student out there whose path never crosses mine. There are likely lots of students at the college who will fly completely under my radar for four years. I’ve heard this under-the-radar kind of person called a “shadow-Amherst,” and when I first heard the term, the supplementary connotations that came with it implied that these “shadow-Amhersts” equate basically to a bunch of weirdos holed up in dark, mildewy shadow-dorm rooms. These are the people who, while very much among us, seemingly aren’t. There are shadow-people outside of the college as well. For example, Brian Joseph Burton is a shadow-person of the music world, if you will. He goes by Danger Mouse.

I’m guessing some of you know who Danger Mouse is–but probably most of you don’t, thus my labeling him a shadow-person. Danger Mouse is a musician and producer, multi-nominated and a five-time Grammy winner. The music behind the Gorillaz’ Demon Days (“Dare,” “Feel Good Inc.” etc.) – that’s Danger Mouse. Cee Lo Green’s vocals take the spotlight on the iconic “Crazy,” but the music behind those vocals, i.e. the other half of Gnarls Barkley – that’s Danger Mouse. Half of the group Broken Bells – Danger Mouse again. He has produced albums for artists ranging from Norah Jones to Beck to the Black Keys, among others. The new U2 song that premiered during the Super Bowl to raise AIDS awareness – that’s Danger Mouse’s production too. Paste Magazine labeled him the best producer of the 2000s, yet still I’m hard pressed to find a friend who’s heard of him.

In 2006, Danger Mouse collaborated with another artist: Banksy, the ultimate shadow-person. Banksy may be a more common name than Danger Mouse, but he’s certainly not a more common face. In fact, the graffiti artist prides himself on his very facelessness. Banksy has stenciled streets and walls and bridges and pretty much every other paintable surface of the world; he’s made films, held interviews, and participated in political rallies – all the while hiding completely behind his mysterious pseudonym.

When Paris Hilton released her one and only musical album, Paris, on August 22, 2006, it was received with mixed reviews. The album made it to 6th on the US Billboard 200, so apparently we didn’t think it was so bad. However, Paris only made it to 29th on the UK Albums Chart. Perhaps Banksy had something to do with that. First, he asked Danger Mouse to remix Paris’ album by changing the instrumentals and layering over them sound bytes of Hilton saying moronic things to the media. Next, Banksy replicated the album’s cover flap, and reprinted it with Photoshopped images and snarky sayings. Having created 500 copies of their own version of Paris, Banksy and Danger Mouse then, inconspicuously of course, inserted them into record stores across Britain, replacing real copies of the album with their own, satirical versions. And to what end? To make a statement, presumably, about popular culture, and the fact that our society idolizes socialites, like Paris Hilton, who are famous simply for being famous, rather than those with real talent and fewer resources.

But still, eight years later, those 500 remixed copies of Paris have probably made their way down into the basements or up into the attics of those certain British suckers who pulled the wrong CD off the rack one day, never to be seen or heard again. Banksy and Danger Mouse, in their small act of defiance, affected very few. They did a funny thing that few knew about back then, fewer know about now, and no one will really care about ever – except for maybe me, and maybe you, and hopefully anyone who wishes people like Paris Hilton (for whom, in Banksy’s words, “every CD you buy puts [her] even further out of your league”) would sit on thumbtack.

Banksy and Danger Mouse are shadow-people, yes. However, just because they are shadow-people doesn’t make them nothing-people. Nobody, whether strange or dislikeable or invisible or whatever they may be – nobody is a nothing. In fact, lots of shadow-people, like Banksy or Danger Mouse, are doing really cool things, and things that matter, and things that are artful and funny and interesting – only they do it under the radar, not out in the open. So I remind myself that my shadow-Amherst, whoever you are, lives an equally complex, multi-faceted, up-and-down, good-and-bad, every-day kind of life as me, and it would be incredibly self-centered to think otherwise.

It would be easy for one to conjure up the image of shadow-Amhersts as little nobodies scurrying around in the darker corners of campus, alone and out of sight. It would be even easier to think that your shadow-Amhersts are all a bunch of weirdos, which I think many of us (like me) have probably done. And I’m not saying they aren’t weirdos, because they very well might be. All I’m saying is that you can’t be sure.

There’s a reason our administration constantly throws events at us that try to engage the entire student body, as a whole, together. Those shadow-people you’ve never seen might actually be really cool. Those shadow-people can probably teach you something. You yourself are a shadow-Amherst to somebody, aren’t you? Everybody is a shadow-Amherst to somebody, aren’t we? Here I am talking about shadow-people, but aren’t I the one holed up in my room watching YouTube videos and reading about obscure pranks on Paris Hilton? Perhaps there’s a Danger Mouse among us, or a Banksy, and perhaps you are their shadow-Amherst. Or perhaps, maybe, they know very well who you are, these shadow-people of the college. Perhaps you’re the butt of their next joke.

p.s.) Banksy and The Simpsons have something to say about shadow-people as well.