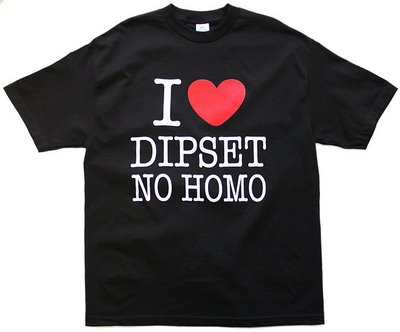 When rapper 50 Cent first blew up in the hip hop scene with hit singles like “In Da Club” and “Many Men” in 2003, his lyrics were mainly concerned with how tough he was, how much money he spent, how many guns he owned, and how many women he had sex with. He was your stereotypical rap superstar. He was unlike the hip hop rap artists that were around during the 80s and the early 90s, for his lyrics lacked substance and rarely had a positive message to share with his fans.

Unfortunately, he was like many of these older rappers in that he publicly called out another rapper, Ja Rule, for unsettled differences.

Before 50 Cent rose to stardom in the early 2000s, he and Ja Rule were friends for some time growing up in New York City. However, after a friend of 50’s stole jewelry from Ja Rule, the friendship was quickly destroyed and they stopped speaking. A couple of years later, the feud resurfaced when 50 called Ja Rule out for being a “pussy.” At this point, Ja Rule reported to hip hop magazines that 50 was just mad that he was stealing the spotlight away from him. The phrase “I smell pussy,” or rather the name of 50’s diss song about Ja Rule, soon began circulating among different hip hop magazines in 2000.

Yeah, I was disgusted by how 50 carelessly used female genitalia to describe Ja Rule and by how he later pointed out that Ja Rule was weak for openly crying in one of his R&B music videos. In 50’s song, “I Smell Pussy,” whether or not he was aware of it, 50 was essentially suggesting that Ja Rule was a woman, and thus inferior to a man, for exhibiting emotional behavior. By attacking Ja Rule’s manhood with such a statement, 50 elevated his own status in the game, gaining the respect of his fellow rap buddies in their hip hop group, G-Unit.

However, the more I listened to their battle songs and videos directed against one another, the more I began to question whether the 50 that I saw on television was really the same as the one behind closed doors. Rather than being attracted to 50’s hyper-masculinity, I was totally repelled by it.

On Tuesday night, I attended an event in Keefe titled “Check Yourself: Hip Hop, Masculinity and Challenging Assumptions.” During the event, award-winning documentary filmmaker Byron Hurt spoke to us about the prevalence of hyper-masculinity, misogyny, and sexism in the rap game. He showed us several clips from his documentary Hip Hop: Beyond Beats and Rhymes, in which, among many other issues, Bryson addresses the subtle homo-eroticism in gangsta rap music videos.

After watching several of these clips, I realized that the pursuit of an attractive woman shaking her butt in a music video is often something that a man must do “with his niggas.” In many rap videos, especially when there are a lot of women dancing, a rapper and his buddies often crowd around or “tag team” a woman, as if achieving sexual pleasure can only occur through the cooperation of more than one male. One’s masculinity is essentially contingent on the perceptions of other men.

The issue here is that men are too frequently reminded by society that they must be as manly as possible to be sexually attractive. Men who struggle to understand their sexuality while under the pressure to be overly masculine end up not knowing how to treat a woman with respect. Dominating a woman both physically and emotionally becomes the top priority before he can then embrace his sexuality in relation to hers. When we consider both 50 and Ja Rule’s music videos, in which women are often degraded and merely seen as objects of pleasure, we also see how men compete against one another for the affection of these women.

More importantly, such behavior serves to preserve their masculinity even though they subtly exhibit homoerotic tendencies by threatening one another to “suck” and “hop off” one another’s dicks. These are certainly undertones of homoerotic behavior that are masked by their tough-looking bodies and faces. Therefore, what I am suggesting is that the feud between both Ja Rule and 50 Cent was more than simply a dispute over who was more masculine. Both men simply ended up making aggressively sexual comments about having sex with one another. Quite the contradiction, huh?

The subtle homo-eroticism does not stop here. For example, take Jadakiss’ “Last Day,” where he states, “Hearing you out is senseless, perhaps for instance, I give this faggot a french kiss” or Biggie Small’s, “We fucked in his bed, quite dangerous, I’m in his ass while he playing against the Utah Jazz.” Both examples use vulgar language to describe an encounter with what seems to be another man and as a mean to disguise the true nature of the lyric itself. Until I found these lyrics standing on their own, I had not realized the contradiction between both rappers’ tendencies to express their toughness and their openness to sexual encounters that may be perceived as homosexual.

Byron’s documentary described the behaviors of men in rap music videos as unacceptable because they ultimately degrade women. However, he also reminded his audience that such behaviors are also indicative of the hip hop community’s reluctance to accept homosexual rappers. After speaking with Matt Randolph, a fellow AC Voice staff writer and student activist, about this, we concluded that such lyrics and behaviors in music videos also demonstrate that rappers feel the need to overcompensate their masculinity because of deep insecurities.

What 50 Cent and Ja Rule’s feud reveals to us is that men in the hip hop game often feel the need to ridicule one another, as well as the women in their music videos, to avoid being categorized as insecure and weak. Although there are many male R&B singers with less-than-manly voices, what I have noticed is that they are often not ridiculed just as long as they are attracted to women and flaunt their muscular bodies. The preservation of manhood is of utmost importance, so much that female rap artists, such as Foxy Brown and Lil Kim, often tried to be as tough as possible to be able to measure up against their male counterparts when they were still in the game.

The hip hop community’s disregard for homosexuality is by now so deeply ingrained in its history that it is going to take more than critical analyses like mine to create some change. Ja Rule and 50 Cent’s feud has long been squashed, but this does not mean that male rappers today still do not exhibit homoerotic tendencies in an effort to preserve the manly images that they project to one another and society at large.