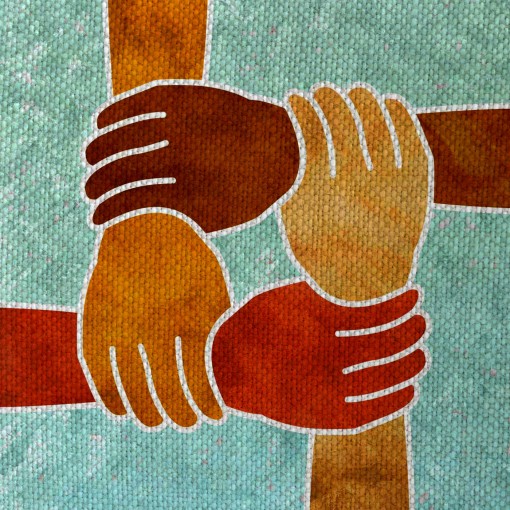 Last week, thanks to funding and support from AAS and the Queer Resource Center, I attended The National Gay and Lesbian Task Force’s annual conference, “The National Conference on LGBT Equality: Creating Change,” in Houston, TX. Creating Change presented a rare opportunity to meet and learn from a huge, diverse group of LGBTQ and ally individuals. One of Houston’s grand Hilton hotels had been temporarily transformed into a mecca for queer activists from all over the country. I attended as many of the conference’s enlightening workshops and speeches as possible, to become a better thinker, leader, and activist at Amherst.

On my first full day at the conference, I attended a day-long leadership institute designed for college students leading LGBTQ organizations. I met other young queer activist-leaders who also strived to create social change on their college campuses. At one point, in a small group setting, I had the opportunity to discuss issues of diversity and inclusion in LGBTQ student organizations. Multiple students brought up how they wanted to diversify their racially homogenous LGBTQ student groups by being more inclusive of queer people of color, or QPOC. When it was my turn to share, I expressed that I had surprisingly encountered the opposite situation: despite Amherst’s predominantly white population, since my time at Amherst, the membership of the Amherst College Pride Alliance had continually become more dominated by LGBTQ students of color as each semester passed. I’d learned, after discussing with older Amherst students, that Pride Alliance was formally a predominantly white student group before I arrived on campus in the fall of 2012. The student leaders at other colleges were baffled that our campus’s LGBTQ group had not encountered much difficulty attracting QPOC and creating a diverse, inclusive environment.

At Amherst, the growing interconnection and collaboration between the MRC, the QRC, and the WGC has diversified the students engaged in all three of those social spheres. For example, tomorrow (02/06/14), Pride Alliance, the QRC, the MRC, the WGC, and AAS will bring QPOC activist and blogger Mia McKenzie of Black Girl Dangerous to Amherst to discuss the intersections of race, queerness, gender, and class on both a political and personal level. This is why Amherst has such a thriving and engaged QPOC community. Some of the LGBTQ student leaders who I met at the conference might not have groups with the same level of coalition building and intergroup collaboration as Amherst’s Pride Alliance and the QRC at their colleges.

Many of the ten other students that signed up to go to the Creating Change conference in Houston were also Amherst students of color, coming from black, international, and/or Latino backgrounds. I think we can confidently say that Amherst College has made great progress with its LGBTQ student community. So many LGBTQ students, faculty, and staff of color have been proudly open about their identities on campus and are so willing to build community through Pride Alliance and the QRC. Clearly, much work still needs to be done. Furthermore, I cannot speak for all LGBTQ students of color on campus. Our impressions of Amherst are unquestionably varied, due to our own unique circumstances and individual experiences. For me, however, living simultaneously as both a racial and sexual minority at Amherst has made me more politically conscious of both my blackness and my queerness.

Consider that historically HIV/AIDS was a significant issue that plagued the entire LGBTQ movement, but today the disease disproportionately affects certain specific racially-identifiable groups such as gay men of color and trans* people of color. The fact that young black gay men have one of the highest (if not the highest) HIV infection rates in the nation constantly looms over me (a roughly 25% chance of being infected by the virus by age 25). Such statistics remind me that my identity is politically relevant and not just an individual experience. Even if I never contract the virus, I cannot be a bystander to such a deadly disease affecting so many people like me. I want to educate myself and others about the issue. Today’s political atmosphere makes it seem sometimes as if marriage equality is the only LGBTQ issue that matters, but I know that for queer people of color other issues are equally important (my previous article touched on this topic).

So, my own involvement in LGBTQ activism and leadership on campus seemed completely natural in the face of a mainstream Amherst (and maybe American) culture that I found socially difficult to navigate. In a world where my identity remains largely invisible or marginalized, I basically just want to ensure that my voice is heard within our campus community. Being a gay black man at Amherst College is indeed a rare experience considering Amherst’s population as a whole. Fortunately, however, I have found supportive resources for queer people of color that can help me to thrive here at Amherst.

When I spoke with fellow AC Voice writer, activist, and friend Sharline Dominguez about my article topic, she suggested that other queer people of color might not be as open as I am about their sexuality to their families and communities at home. I would agree and add that such individuals likely seek safe spaces at Amherst where they can be more open about their sexuality. Either way, whether inspired by a desire to make their voices heard or motivated by a need for support, there is no doubt that queer people of color have a presence on this campus. We should note and celebrate how Amherst’s QPOC have not only bravely built community among each other in the face of adversity, but also have engaged in leadership in affinity groups and resource centers on our campus more generally.