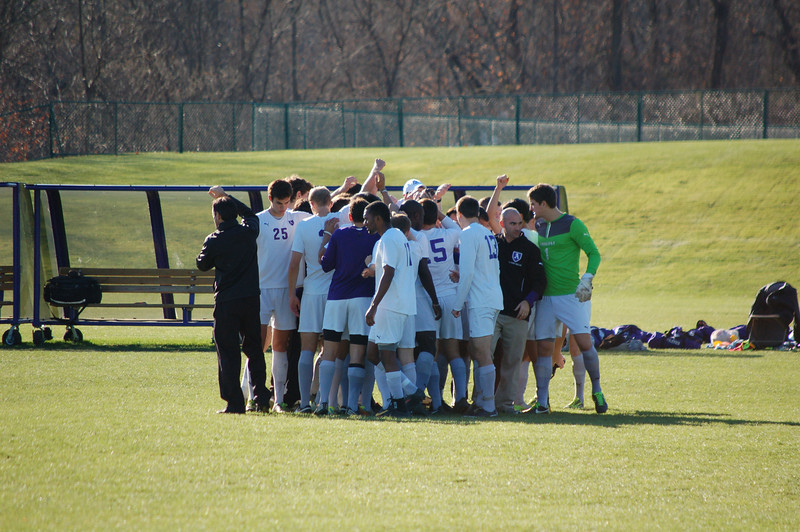 (Tomi Williams)– I must admit that upon my initial reading of Lola F.’s article “Varsity Athletes: Detriments of Team Bonding” I was a bit frustrated. I was frustrated by some of the sweeping generalizations made in the article, I was frustrated by the lack of recognition given to teams and individuals who work tremendously hard to create an environment of inclusion within their teams, but mostly, I was frustrated by the thought that in 2013 at Amherst College there are student athletes who feel discriminated against or even uncomfortable on the basis of their socioeconomic status or race.

The question I have been struggling with for the past several days is: Who is the cause of my frustration? Is it Lola F., for presenting as facts many things that I consider to be inaccurate? Or is it the Athletic Department for not being more vocal about and appreciative of the diversity that surely exists within its teams? Perhaps it is the student leaders of Amherst sports teams for not taking enough accountability by genuinely and vigilantly verifying whether all members of the team feel comfortable and included. In reality, I suspect the cause of my frustration is a combination of each of these.

Lola F. is a terrific writer and is extraordinarily courageous. I think it is wrong to attack and/or belittle someone for her opinion, especially someone who simply (and so eloquently) expresses what she believes and has observed; I strongly urge those who may object to Lola’s article to do so respectfully. That being said, there are several points in Lola’s article with which I must disagree. I had trouble accepting some of the unsupported blanket statements made in the article such as “In short, sports have cultures and lack substantial diversity within the actual team.” I do agree that each sports team at Amherst has a distinct culture but these cultures are very much affected by and representative of the different individuals on each team. These individuals are by no means indistinguishable members of a homogenous group; each team member brings a unique set of cultural identifiers which, together, contribute to the diversity of not only their teams but the entire campus. I will only speak to what I know for certain:as a member of the Amherst Men’s soccer team, I can confidently state that thirteen of the twenty-seven members of my team are men of color, nine of us were born, have lived, or are from a different country, and our financial backgrounds vary greatly. I must object to the assumption that our team lacks or is uncomfortable with diversity. On the contrary, I believe we embody it.

I was taken aback by the theory that athletes use team bonding merely as “an excuse” to spend excessive amounts of time with “people from similar socioeconomic backgrounds” without guilt. Apart from the fact that we really have no idea about the financial situation of most of our teammates – as this can only be surmised through superficial and oftentimes misleading indicators (such as clothing, race, speaking habits)– it is unfair to conclude that athletes as a whole are more likely to be uncomfortable spending time with students outside of their socioeconomic status. In my case, I grew up playing soccer with kids from both suburban Maryland and inner-city Baltimore on the Baltimore Bays club soccer team. This is the case for most players on my team as well as for athletes on many other Amherst sports teams. I have been exposed to much more diversity, both socioeconomic and racial, playing soccer than I would have been otherwise.

The article brought up some interesting points about athletes’ involvement on campus aside from their participation on sports team. I am a firm believer, just as Lola seems to be, in athletes branching out and engaging in more than just their sports. I like that Lola mentions the need for athletes to “broaden [their] horizons” but I would like to point out that there are currently dozens of student-athletes who also take part in other activities. Several student-athletes are Resident-Counselors, Student Government members, DASAC dancers, Mr. Gad’s members, or a cappella singers, just to name a few. While I agree that more team-wide intermingling with non-athletic groups would be awesome (and something more teams/clubs should look into doing), we should not overlook the many athletes who are in fact members of non-athletic groups themselves.

There is certainly progress to be made for the athletic community as a whole. It is one thing to be diverse but it is far more impressive to actually embrace diversity. I wholeheartedly agree that our Athletic Department can and must do more to see that “diversity” is more than just a word we throw around to make ourselves feel accepting. I would like to see more done to appreciate the different cultures that so many athletes bring to their teams, the athletic department, and the school as a whole. Whether such an initiative should be achieved by putting together events or programs, or done on a team-wide versus department-wide basis, to be honest, I am not completely sure (I would certainly like to explore possibilities and ideas with both administration and other students). At the very least, a genuine effort made by the Athletic department will give students –especially those who identified with Lola’s article– an indication that their concerns are being heard and taken into account. More importantly, it will give us a solid place to start when discussing progress we can make in terms of inclusion in athletics and on campus. If we only bring up our diversity when it is questioned, then it will continue to be challenged.

In addition to department-wide improvements, team captains must also work harder to make certain that their teammates do not feel marginalized due to their race, financial background, or identity. I caution those who disagree with Lola’s article to avoid completely dismissing her points; there are absolutely situations where it can be awkward or uncomfortable for those of a different culture or socioeconomic status than the majority of the team. This is precisely why it is so important for captains and team leaders to actively watch out for and check on each member of their team. Simply stating that “I am always here if any of you ever need someone to talk to” or “Please let us know if you ever feel uncomfortable” will not suffice. More personal and thorough approaches should be taken. Each captain’s methods for doing so may vary, but it is nothing short of imperative that both team-wide and individual support is offered by captains and teams leaders to athletes, especially those at a higher risk of feeling isolated.

We are nowhere near close to being perfect. There is clearly a divide between Athletes and Non-Athletes on our campus. Athletes can do a better job at reaching out to non-athletes and non-athletes can do a better job of reaching out to athletes. This is something that we can all agree on. That being said, allocating all of the blame to athletes and their desire to solely be among those within the same socioeconomic grouping is simply wrong. I am personally very pleased that Lola F. wrote this article, if only for the fact that it has been a source of much discussion and conflict, and without discussion and conflict there can no be progress. The next step is turning all of our dialogue and ideas into something tangible that will improve Amherst for everyone.