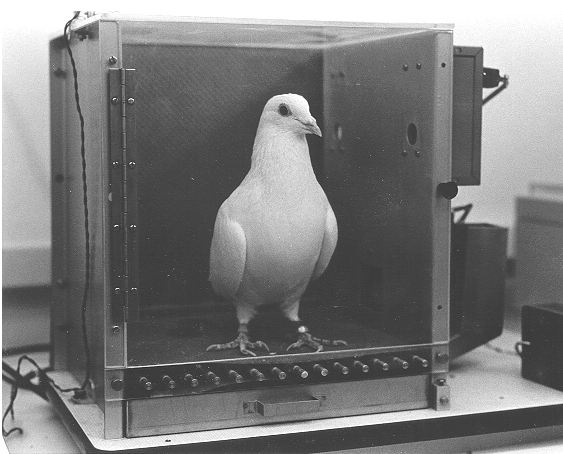 Looking up at the stars, I know quite well
That, for all they care, I can go to hell,
But on earth indifference is the least
We have to dread from man or beast.

How should we like it were stars to burn
With a passion for us we could not return?
If equal affection cannot be,
Let the more loving one be me.

This is the first half of “The More Loving One,” a poem written by W.H. Auden in the 1930s. Although Auden was engaged in a variety of sexual relationships throughout his lifetime, he was forever involved in a “marriage of equals” with his long-time partner and friend, Chester Kallman, to whom this poem is ostensibly written. Auden experienced frustration in this partnership – their relationship was mostly platonic, but occasionally sexual – and he expresses in this poem that, ultimately, he would prefer to be the more caring in a bipartite relationship.

I read this poem for the first time in a course offered by Daniel Hall called “Expatriate Poets” (Auden, born in England, later became an American citizen). During our in-class discussion, Professor Hall asked us each, in turn, whether we would rather be the more or less loving of partners in a romantic relationship. Each of my classmates explained that they would prefer to be more loved; you have greater agency that way, and you get showered with more affection than you’re obliged to return. I was the sole responder in the 30-person class to agree with Auden: let the more loving one be me. I had trouble articulating it then, but in my personal experience, I tend toward relationships in which, for better or worse, my feelings are stronger than my boyfriend’s.

During that semester, I began casually dating a brilliant senior guy in the class who, in every way, was perfect. He was (and is) disarmingly handsome and outstandingly genuine; he’s smart and kind and great, and likes good music. By my own objective criteria, he was the perfect candidate. But, for reasons I couldn’t explain then — and still can’t — I just wasn’t very attracted to him, or at least not attracted enough to want a serious relationship. His approach from across the Quad didn’t fill my stomach with butterflies. When he peeled off my clothes, I didn’t feel that punched-in-the-gut, whir-of-ecstasy sensation I realized I needed in order to be intimate with another man. Meanwhile, I was rekindling a romance with different guy that I had dated the previous fall. He’d treated me like dirt then, but he acknowledged all of that in an endearingly apologetic, handwritten letter he slipped under my bedroom door. Against my better judgment, I started falling for him again.

I began writing an anecdotal account of my thoughts on “The More Loving One” twelve months ago; I was in the midst of exam week and working on a final paper about Auden. I was going to respond to the poet affirmatively, describing how the thrill of the chase was far more satisfying than the any thrill of evasion. I wanted to capture — like him, in words — just why I was so attracted to such a sleazy guy.

We were together for nearly a year. Ignited by spring fever at Amherst, our relationship began around the time that, in poetry class, I’d made up my mind that it was indeed better to be the More Loving One.

I broke up with him about a month ago.

Who loved the other more, in actuality, is difficult to say It vacillated, and “love” was enacted in a variety of healthy and unhealthy ways. Early last fall, the sophomore slump hit me hard when I got stuck in a cold, despondent rut, and our relationship was the only part of my life that was different from when I was consistently happy. I had trouble focusing on academics, and I lost a lot of weight. But I was attracted to him more than I could imagine being attracted to anyone else, and I didn’t feel like this episode of melancholy warranted the end of what seemed like a promising relationship.

A few months later, one night when we had been drinking, he cornered me in a laundry room. Upset that I hadn’t paid enough attention to him that evening, he closed his fist and hit me in the face. I understood that physical violence was an unacceptable condition of any relationship, and I talked it over with a Peer Advocate. But our embraces were growing ever more tender, our schedules more synchronized, our thoughts more aligned. Our relationship wasn’t the best, I reasoned, but we had fallen in love.

In February, when the campus was buried in the snow, he ingested a combination of alcohol, THC, MDMA, Ativan, and Adderall in what he later told me was an “act of revenge” for something I had done in October. After parading his inebriation around my dorm, he went back to his, where he got naked and showered with another man. I was furious upon this discovery — I had to end it. But realizing that our relationship was in serious jeopardy, he broke down and threatened to drop out of school and kill himself if I dumped him. He needed me. The tone of the conversation shifted; I could no longer be angry, but rather, had to beg him over the phone to put down the knife he said he was holding over his wrist. It was my fault, he told me. “You’re making me do this.” In spite of the heartbreaking betrayal I felt, and although a very sacred trust had been broken that weekend, I cared about him more than anyone else in the world.

I was still in love. I forgave him.

Basic behaviorist theory in psychology provides a convincing explanation for why I stayed in such a toxic relationship for so long. In 1930, around the time Auden was writing poetry about unconsummated love, B.F. Skinner developed the “operant conditioning chamber.” He used it to conduct a series of experiments on pigeons in order to document the effect of reward and punishment on certain behaviors. Inside the box he placed a bird and a lever. Depending on the reinforcement schedule, the pigeon would receive an intermittent reward — a food pellet.

In a continuous reinforcement schedule, the pigeon is given a pellet for every press of the lever. With ratio schedules, the bird is rewarded based on the number of times the desired behavior (pressing the lever) is completed. Variable ratio (VR) reinforcement is by far the most effective for establishing and maintaining a desired behavior. It releases a pellet according to a random, unpredictable amount of lever-presses. Out of all the schedules, behaviors developed by VR are also the slowest to disappear after the source of reward is removed. This makes sense; slot machines are programmed so that they have a certain, low probability of reinforcement. There’s no predicting how many yanks of the bar it will take to hit Jackpot! but, occasionally, someone will win a payout — which is why gambling addiction is such a problem. The same idea applies to the forces of romantic attraction.

Skinner’s pigeons help explain why, against every fiber of my will, I was not attracted to Mr. Perfect last year. He was great to me; he accommodated my erratic work schedule, he was always happy to see me, and he offered unconditional affection and respect. He provided me with continuous reinforcement, which, Skinner asserts, is the fastest but also most transient way to actuate a desired behavior. My interest in him piqued, but then faded quickly. I wanted him to be my husband, but I didn’t want to date him.

Operant conditioning also explains why I stayed so intensely committed to such a noxious relationship for such a long time. The moments of bliss with my boyfriend were not predictable; the cycle of our relationship looked something like HONEYMOON-ABUSE-ABUSE-HONEYMOON-ABUSE-ABUSE-ABUSE. But I lived for those moments of honeymoon, and dating him became a bad habit I couldn’t break. Whenever we spent time with one another, I was pulling the slot machine lever, hoping for one of the high highs that broke up the bleak reality of our situation. I was a blindly pecking pigeon, anxiously awaiting my food with no knowledge of how many reluctant, desperate taps it would take, not caring or capable of understanding that someone in a white coat, exploiting the nature of my pathology for his own gain, was purposefully withholding that precious pellet.

Finally, it ended. I announced our breakup on an impulse. I broke the downward-spiraling cycle out of caprice. At first I was worried about him, given the vehemence with which he rejected my first mention of separation. I wanted to care about him and support him as a friend — a best friend, even — just not a boyfriend. But then we began abandoning the promises we’d made to one another during our relationship. He sought out other men and continued his substance abuse in very active and public way. He did not drop out of school or kill himself. He seemed like he was doing okay.

Upon the realization that I had been flagrantly manipulated into remaining in such an exploitative situation, I felt like I was waking up from a bad dream. Or a coma. The reality of the fucked-up interactions we had, unreasonable demands he made, and general depravity of his character hit me in full force all at once. What was I thinking? My friends, my family, my therapist — they all reminded me, on a regular basis, just how unhealthy our relationship was. But I had wanted to believe, so badly, in the old, romantic platitude: love conquers all.

I’ve dated other guys just like my ex. I’ve also rejected plenty decent, genuine guys who treated me wonderfully. I’m now shamelessly crushing on a straight guy who, by definition of our respective sexualities, cannot return my affection. I can’t name a reason for it, but the best I can do is try to synthesize this experience into a narrative with a beginning, a middle, and most importantly, an end. This way I can understand, not in loathing but in words, the implications of my proclivity toward unhealthy relationships.

I read the Auden poem differently now than I did a year ago. I felt before that I had an obligation to defend the More Loving One as a concept and lifestyle. I now accept that I tend to fall into this role, but realize that the best I can do is strive for an equal relationship. Given my history, I am ambivalent.

I know that, soon, I’ll remember both the bad and the good in the relationship, appreciate a young romance for what it’s worth (relatively little), and consign it forever to the archives of memory. Likewise, the poem’s narrator concludes on a resigned, but content note:

Admirer as I think I am
of stars that do not give a damn,
I cannot, now I see them, say
I missed one terribly all day

Were all stars to disappear or die,
I should learn to look at an empty sky
And feel its total dark sublime,
Though this might take me a little time.