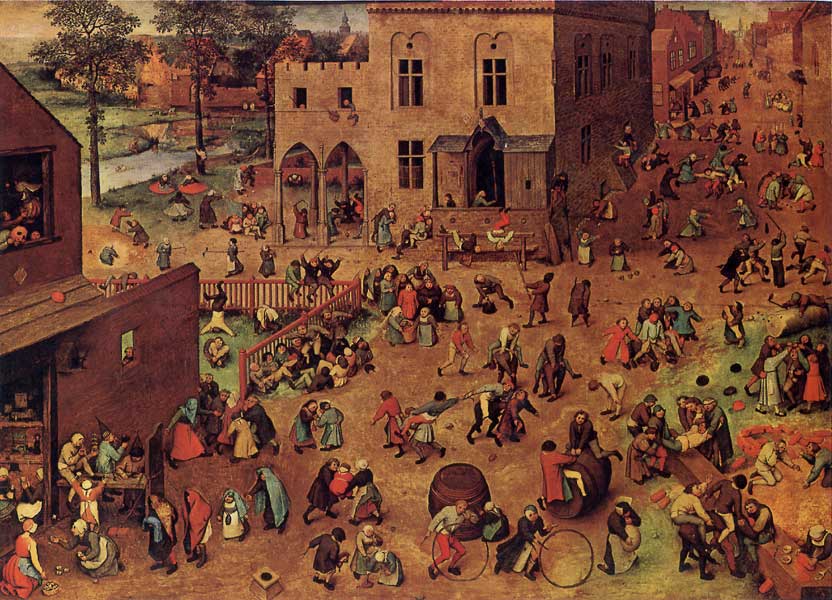 Near the end of last semester, I attended a public forum to discuss the proposed architectural changes to Keefe. There I witnessed a long and impassioned debate between Game Room supporters and MRC advocates, both competing for prime campus center real estate.

In defense of the Game Room’s previous location, Campus Center Managers extolled the value of a substance-free, communal, visible space for table games at the crux of the campus. They said that it was a safe space for students to slip, for a moment, into the innocent, wholesome realm of childhood. The Game Room and its central location, they claimed, is necessary to the student body because it is the only space on campus specifically devoted to play; it’s a place that fosters nascent friendships between diverse social groups, encourages gaming for the sake of the game, and provides a temporary escape from stress and studies.

What other space from your childhood serves all the same purposes? Playscapes! But why should the magic of the jungle gym, swings, and monkey bars be restricted to children? Picture your elementary school playground, and imagine that those stairs are twice as tall, the slides twice as wide, and the see-saw twice as long. What reasonable 18-22 year old wouldn’t want to play on that?

The number of adult-sized playgrounds around the world has been growing in recent years. New York City opened its first one last summer in the Bronx. Part of the vision for a makeover of Detroit includes the construction of outdoor workout areas (playgrounds) in improving neighborhoods. Parents encourage their kids to play in parks because it provides the youngsters with both entertainment and exercise. Likewise, these facilities, already scattered about Europe, the Middle East, and China, offer a quick, fun exercise break for the busy adult. For a health-obsessed school like ours with an often-overcrowded gym, these alternative outdoor workout areas would be a welcome addition to campus. 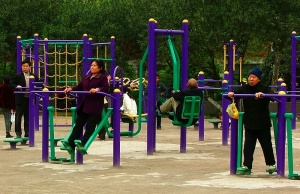 Contradictory to popular belief, childhood play – playing “house” or “doctor,” for example – is not an instinctive preparation for similar occupational activities in adulthood. Rather, it satisfies the more primal human need for exploration; the activity stimulates the brain’s processing center of curiosity and imagination. Due to cultural factors, play (remember, any activity in which the act is more important than the goal) is discouraged in the adult population. However, we have by no means outgrown our instinctive need to explore.

Amherst students certainly play – most of us subscribe to the “work-hard, play-hard” mantra – but so much nonacademic activity at this school is competitive, which detracts the happy caprice contingent to play. While 1/3 of the student body experiences, daily, the physical and emotional rewards of playing their sport, our glorification and abundance of varsity athletics only encourages an aggressive and sometimes toxic play environment. With the school in the throes of turbulent social changes, construction projects, and policy revisions, let us not forget that the most basic satisfaction for children, students, and adults comes from the purity of fun.

So, Amherst administrators, draw the gym-rats and video gamers out of the dark indoors and build us a playground!