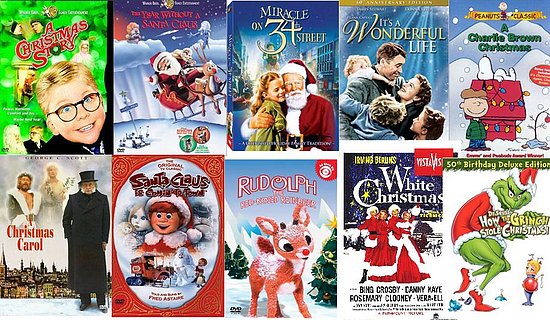 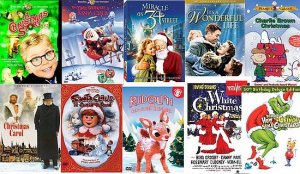 (Marie Lambert)– I can guarantee that everyone has at least one terrible movie that they strangely and inexplicably love, despite recommendations to the contrary by friends and good taste. Holiday-themed or childhood movies seem to especially be privy to this special relationship, given that a viewers often place more worth in their sentimental value than cinematographic prowess. The Christmas season in particular seems to inspire an annual repertoire of straight-to-DVD or made-for-TV movies, as if filmmakers hope that people will form intense emotional bonds with gems such as The Christmas Shoes, A Boyfriend for Christmas, and Hercules Saves Christmas.

While I’ve never met anyone who’s actually seen any of the above movies, I will admit that I do have my own slightly shameful obsession of a terrible Christmas movie of my own: How The Grinch Stole Christmas. No, not the 26-minute 1965 cartoon classic, but the 2000 live action version. My love for this movie goes so deep that it was only recently I learned that it is not considered part of the holiday film canon when I was quickly shot down after suggesting to friends that we watch it.

Yes, it’s cheesy and ridiculous and has only the bare minimum of plot to make a children’s book into an hour-and-forty-minute movie. Yes, it was nominated for Worst Remake or Sequel and Worst Screenplay at the Golden Raspberry “Awards.” But despite its shortcomings, there are parts of it that I can’t help but love. 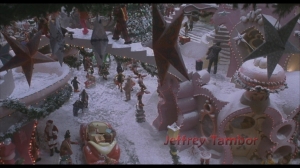 The art direction: The set and makeup is absolutely amazing. The fantastical Whoville Dr. Seuss wrote about is completely fleshed out in all its absurd and brightly-colored glory. The costuming is extremely detailed and imaginative, with big hair and even pointed “Who noses.” For a semi-morality story about the problems with a consumer-driven holiday, the film does a wonderful job emphasizing the materialistic aspects of the story with this visually rich set. 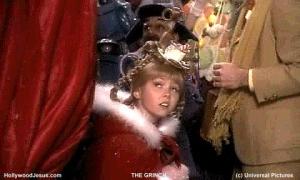 Cindy Lou Who: One of the aspects of the movie that I like better than the original cartoon or the story (#unpopularopinion) is the development of the character of Cindy Lou. In this film, she plays not just the one-scene role of catching the Grinch in her home, but is the one character who calls into question the absurdly materialistic nature of Christmas. It is she who sees through the mindless actions of the adults around her, and it’s she (and Faith Hill) who sings the awesome song “Where Are You Christmas.” This part of the film does a great job addressing the complex issue of growing up and away from traditions of your childhood and family.

Jim Carey as the Grinch: I cannot think of any way that this role could have been played better. At times strange, creepy, and sarcastic, but constantly hilarious, Jim Carey is the film’s main redeeming quality. Although the humor isn’t particularly sophisticated (it is a kid’s movie), there are parts that definitely can appeal to adults, which I have only begun to notice now.

Final verdict: while probably not something to list as one of your favorites in polite company, when you’ve been working on two essays and a final project for 20 hours straight and need something ridiculous and holiday-themed to cheer you up, this is your movie.