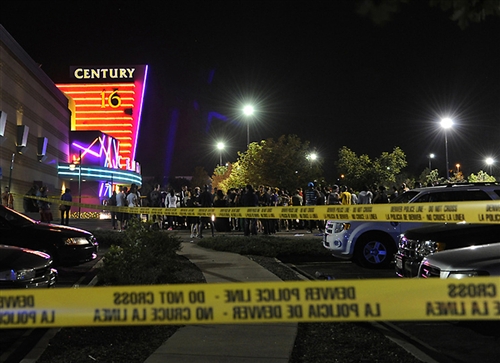 (Ethan Gates)– Last weekend my parents and I were talking about the shooting that had just taken place in Aurora. We’ve all had the same conversation recently, possibly multiple times. Expressions of disgust and regret. A rehashing of the few known facts and some of the frenzied speculation. And a hopeless query into what should be done to prevent such senseless violence. We have the list memorized. Everyone does. Aurora, Tucson, Virginia Tech, Columbine… they rolled off our tongues without a thought.

Then I actually bothered to put some thought into it, and realized to my own horror how many I had forgotten to even put on that list. Red Lake, Minnesota, 2005. Lancaster County, Pennsylvania (the Amish schoolhouse shooting), 2006. Newark, 2007. Northern Illinois University, 2008. Chardon, Ohio, 2011. Etc., etc., etc.

That last one took place maybe half an hour from my Cleveland suburb. Three high school students were shot half an hour away from my house and within a year I completely forgot about it.

That’s how regular these tragedies are. Like clockwork, once a year, we turn on our televisions and see a breathless news anchor earnestly counting the dead and wounded. Distraught witnesses and family members are interviewed. The same, eerie footage of the outside of the school or shopping mall or movie theater or wherever is played over and over and over again. The shooter is identified and we find some disconcerting student ID or driver’s license photo. We insist to ourselves that we could’ve spotted such insanity right away, when we know that dammit, all driver’s license photos just look like that. That night there will be a candlelight vigil. In a few days the president will visit the town. And after a few months, just when we’ve almost forgotten, the shooter will be sentenced. And we’ll tuck it away in our minds. It’s over. It never needs to bother us again.

Until next year. Until the next mass shooting. Until someone else’s world is shattered. Because apparently this is not going to stop until every damn person in this country has witnessed, participated in or been a victim of such unfathomable violence.

Somewhere along the line, we accepted this. Was it after Columbine? Was it before? I don’t know, but I do know that soon, Aurora will mean nothing. It will have changed nothing. We will debate prevention for a couple weeks, and maybe there will be some increased security at large movie theaters. It won’t matter. No one will try that again anyway. It’s old hat. The next shooter will find a new way to get their name on the TV. And make no mistake, there will be another shooter. Because that’s the price we’ve paid. The cost we’ve accepted.

The price for what? I don’t really know. For the right to own assault rifles and Glocks? Is it really so little? Or do we require tragedy, some shock to the system, just to keep going? To remind ourselves of how fragile and precious our life is? Do we really require the sacrifice of others for that?

I don’t really have the time or the inclination to lay down my feelings about gun control here. I didn’t want to write a post about that. I just wanted to remind everyone, on the one-week anniversary of Aurora, that it happened. And that you will forget it. And that you have accepted that.