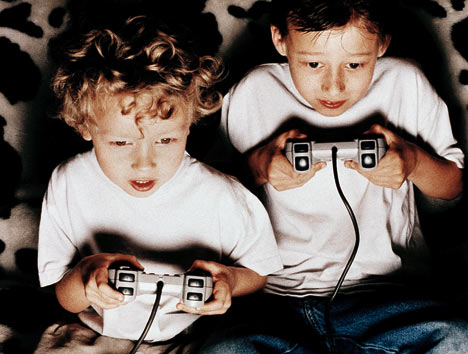 (Craig Campbell)– On this post-Fathers’ Day Monday, I’d like to express my gratitude toward the best editor I’ve ever had. Although my harshest critic – I wouldn’t let him read my college app essays – my dad has probably informed my critical writing skills more than anyone else.

When I was ten or eleven, he used connections at the newspaper he works at to snag me a job reviewing video games every few weeks. I was paid $50 for each review (a very substantial sum for a 5th grader) to freelance-write articles from the perspective of a young gamer. In about 500 words, I’d detail my thoughts on a particular game’s visuals, story, playability, etc., rating it from one to four stars. This is what I learned:

Use substantive vocabulary
The word “nice” does not belong in a newspaper. Graphics are not “nice.” They are “stunning,” or “lifelike,” or “vibrant.” While helpful, the Microsoft Word thesaurus can do some real damage to an otherwise fluent sentence. “User-friendly” is not the same as “intuitive.” In the place of “original” I threw around a lot of “innovative”s where they didn’t actually belong. I now find myself going through my posts and looking up words that I write, even those I use colloquially, just to make sure that they communicate what I mean in the most precise way possible.

Don’t stick to a rubric
I developed a method to breeze through my reviews: one paragraph about the plot, one about graphics and sound, one about strategy, etc. It made for a very boring article. It also tempted me to read reviews online and regurgitate trite comments on those details into my own writing. You see that with a lot of music blogs now; there are a lot of re:Pitchfork reviews of albums floating all over the web that lack originality. The best writing comes from the heart. (Also: avoid clichés…)

It’s easy to criticize
And hard to write a mildly-laudatory piece. The one and two star reviews were the easiest to pound out. The four stars were fun to write. But a three star review? How do you write 500 words about something that you feel only strikes you as alright, not great? (There were no half stars.) This required some creativity, and the ‘rubric’ had to be completely discarded for these. It was a necessary labor to avoid copping out and lowering it to two stars. Bashing is easy, but people take balanced writing far more seriously. Our staff was reminded of this in March after our series of frat-related articles, and we used the experience to grow and move forward.

Accept criticism, and move on (Also, know your facts)
As I quickly learned on She-Bomb, very few readers leave comments along the lines of “Gee wiz, this is some sure good writing!” Instead you get the Internet rabble-rousers who take pleasure in tearing apart your arguments. As a kid, I once wrote that the graphics of a handheld pinball game were 2-dimensional, when the feature image clearly showed an image with depth. Someone wrote my editors, complaining that they “shouldn’t be letting dumb kids write for a newspaper.” I was appropriately embarrassed and discouraged. But I learned from it. It was a harsh realization that people do read my writing, and that writers can’t get lazy with the facts and/or editorialize when writing a journalistic piece.

Things I still struggle with:
Know your audience
I wanted to write for serious gamers who knew the lexicon and understood my frustrations without having to qualify them. Which made my parents the perfect editors. I’d have to revise and revise and revise until it was palpable to my actual readership: non-gamer adults who flipped over the Lifestyle section of the paper to check out games for their kids. (And my grandma, who clipped out and saved every one I ever wrote.)

Respect deadlines
It’s a matter of responsibility and accountability, and no one will take you seriously if you mess around with them.

Sometime during my freshman year of high school the “Game On!” page was cancelled, which was probably a good thing because that’s about when my interests started changing. But those writing skills have remained with me far beyond the scope of the Playstation.

Maybe someday I’ll be writing a similar “Things I Learned as an Angsty Blogger” piece for the New York Times… A panda can dream.