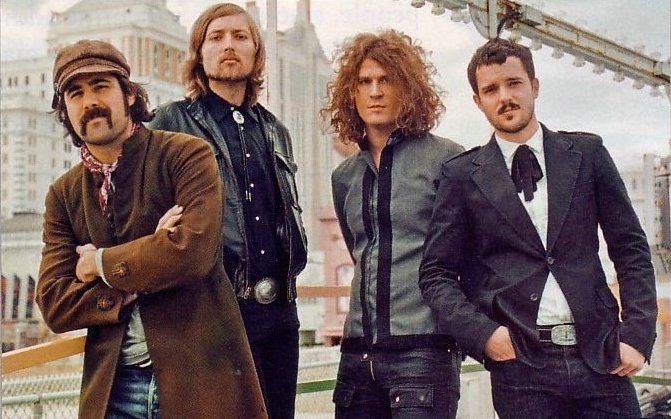 (Trash Boat)– I had the perfect first-concert experience. It’s true—I really did.

I saw my first concert in 2005 at the Bank of America Pavilion, in Boston. The concert was an annual “Best Music Celebration” event, put on by an alternative rock radio station called WFNX.

I was only 13 years old, so my love for alternative rock had just blossomed. In fact, it was a rather strange and transitional period in my musical life: one minute I’d be listening to Yellowcard, and the next, Britney Spears. But going to this alternative rock show felt like a pivotal step away from lame mainstream pop, and towards real coolness, like Fall Out Boy (what a joke).

But 13-year-old me could have never foreseen that “real coolness” was, indeed, waiting for me there at the Pavilion. And it revealed itself in the form of phenomenal concert line-up: Louis XIV, Robbers on High Street, Interpol, and…possibly the greatest band of our generation…the Killers! The Killers took my concert virginity—I’m a lucky girl.

If you don’t already love the Killers, all I can say is it’s never too late. But for all you Killers fans out there already, I invite you to take a trip down memory lane to 2005: they were at the top of their game; Hot Fuss had just come out a year ago, and people were going wild for it. When Brandon Flowers strutted on stage—with smudged eyeliner I could see from 10 rows back—and people started screaming, I thought to myself, “Maybe this is what it would be like to meet God.” To this day, I still wonder; maybe it would be.

But it wasn’t just the band that made my first-concert experience perfect. There were plenty of other factors that lead to that magical day. For one, I went with my 19-year-old sister, Aisha. This meant that I wasn’t immediately branded “Child,” with a hovering mother by my side. I even thought that people might mistake Aisha and I for friends; that way, I could pretend to be 17 or something. In retrospect, I’m sure no one thought that. But I had to dream, right?

Beyond my preteen concerns, I was also lucky enough to attend a concert where not a single performer was bad. Plenty of you may have already heard of Interpol (I would describe them as the Killers with darker humor, and without all the synth). But even the very first act, Robbers On High Street, was so good that I went out and bought their album after the show. People don’t always recognize the importance of an opening act (remember last weekend?). But no one wants to be all grumpy once the artist they’ve been waiting for finally arrives. 13-year-old me didn’t have to deal with that.

Here’s a personal favorite from Interpol: