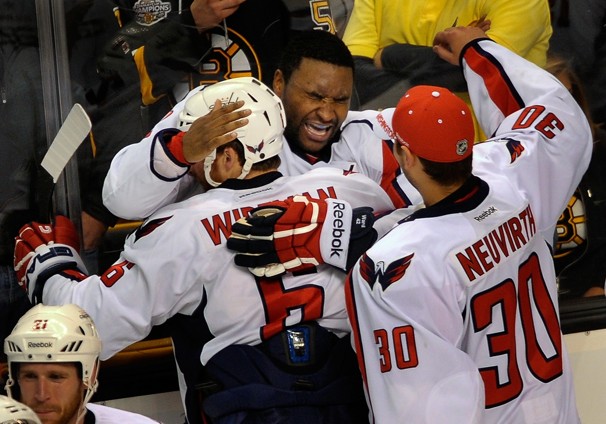 Just the other day, someone asked me what I write about on SheBomb, and before I could provide a concise answer someone else in the room (who knew my writer identity and had read some of my posts) interjected “like, racism… right?”

I thought that it was an extremely odd thing of him to say at first because when I initially embarked on my SheBomb journey and assumed my pseudonym HungryJ, I imagined myself as primarily a food blogger.  As time wore on I realized that food was fading more and more into the background of my mind and I blogged about it less and less.  Thus, I had to find something new to write about every week; something substantive.  I find myself each week just writing about shit that comes to mind at random but that I think is worth sharing.

So, anyways, back to my original anecdote about the whole ‘racism’ thing:

I was extraordinarily puzzled by the thought that my thoughts (weird) on any given day {or maybe just Thursdays?} happened to wander toward such an unpleasant topic.  I recall, now, that a great deal of my posts do have to so with some sort of racial injustice.  Strange.

As a mixed race (half white and half black) kid who grew up in a predominantly white neighborhood and attended a school without too much diversity (although, like Amherst, my high school did its best to represent itself as ‘diverse’ and put said diversity on display whenever possible) racial identity is something that has been a pervasive part of my conscious and unconscious experience as a young adult.  I guess I am still trying to nail down my own racial identity in some ways which is why stories about other people’s race consciousness always grab my attention.  Also, for whatever reasons this damn country (and other ones, to be sure) keeps providing me with interesting little gems to write about!!

Now onto my most recent frustration:

I am from the DC area so I am, by association, a mild Washingon Capitals fan.  It isn’t every day that a Washington sports team makes the playoffs so needless to say I was excited that they advanced last night in the Stanley Cup playoff race by beating the Boston Bruins in OT of game 7.  Any time Boston loses and DC wins is a great time.

Anywho, the dude that scored the winning rebound-put-back goal in OT was none other than Joel Ward, one of very few black hockey players in the NHL.  Ward’s parents hail from Barbados originally, and he grew up in Canada (which is why he plays hockey, duh).  Ward admits that he has never really heard any racist or mildly discriminatory language in the NHL despite the fact that he did experience some jeering and taunts in youth hockey during his early years in Canada.

All that changed, however, when Bruins fans upset over the loss to the Capitals (these guys take their hockey seriously) took to twitter in what became an ugly campaign against Ward.  Highlights of the commentary included labeling Ward a “spear chucking monkey”, using the hashtag #wheresmycotton, something about a plantation, and then a death threat {“I will find you… and I will kill you”}

Listen, people, I know twitter and social media generally are fun, exciting ways of engaging our peers and those around us as well as those across the world who we may otherwise not be in contact with. I also concede that I often use inappropriate humor in my hashtagging or may even retweet something irreverent from a joke account like Jesus H Christ of PimpBillClinton.

What I will not do, however, is threaten, attack, or slander anyone just to get a laugh or vent my frustrations.  And if I do, I definitely won’t be a racist while I’m doing it.  People just don’t get the whole public part of the internet and the extent to which their opinions can be hateful and dangerous to REAL PEOPLE out there.  Or maybe they do… and they are just assholes.