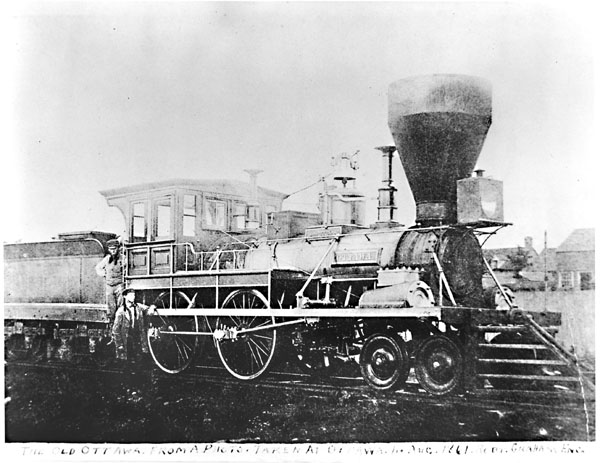 I spent a bunch of my spring break travelling to and fro on the Boston subways, aka the T. I love the T, partly because I grew up in walking distance from it (being able to travel far distances before I got my license was the sweetest form of freedom). But I also love it for its simplicity. Briefly look at the map, and you will see a handful of tracks, all of which are color-coordinated. Take 10-ish minutes to study it, and you’ll probably be a master of the Boston train system. In comparison to the New York City train system (a code I can’t even begin to crack), the T is an utter breeze.

And besides the T, I have a soft spot for all trains. If you consider a bus, you will probably find it an inferior version of car travel: it’s a bulky vehicle with limited agility, uncomfortable seats, and a million stops. The train has all those same problems (agility may be debatable), but it has something a bus doesn’t have: charm. There is a romance to train travel that you just can’t beat. Imagine a steam engine rolling through a town for the first time, and all the townsfolk gathering in wonder. “Oh, what a beautiful, wonderful, promising world we live in,” they would all say. Then the Titanic would float by in the background…

In fact, Park Street (a station on the T) was America’s first subway station; it opened on September 1st 1897, at 6 am. Today, Park Street is sort of a super annoying spot on the T because it splits from one track to four (this minor change is easily the most complicated part of Boston train travel). But if you look on one of the walls, you’ll see a pretty mosaic celebrating the creation of Park Street. I spent many years passing that tribute and never noticing. But it’s pretty cool when you finally catch a glimpse.

But I also love the T for its social aspects. Like all public transportation, it has spoken and unspoken codes of conduct. Don’t excessively use your cellphone. Don’t sneeze into the public air. And generally try your best to never ever touch the people around you. Simple enough.

But what do you do when the train is packed? If you have to stand, grabbing a pole for balance is a game-changer. Without it, you have to do a surfer stance (feet shoulder-width apart, knees slightly bent, and hands out by your side waving) while you free-stand. I do not like to rely on my own balance (because I have almost none), and therefore fight hard for a pole. But sometimes, social cues just won’t let you do it. For example, this Wednesday, my friend reached out to grab onto a pole, but then realized that a strange man was leaning his butt against it. Instead of risking a foreign butt-graze, she just opted for the free-stand; I would have done the same thing.

What do you do when the train is at medium capacity (possibly a trickier environment)? Choosing a seat is sort of like choosing a urinal; you never choose to sit next to a stranger if you can avoid it. Maybe it’s weird that people are so afraid of human contact, but it is what it is. You gotta give people their space. I wouldn’t go as far as standing instead of sitting just to avoid being next to someone; if there’s a seat, I’m taking it. But I’ll admit, it can go badly…

One time, I walked onto the T with a bunch of suitcases, and looked for a seat. The only seat I saw, however, was between two beefy men. I gently placed myself between the two men, carefully trying to maintain a miniscule barrier of space. For probably a minute or so, the three of us sat rigidly, refusing to touch even in the slightest. But eventually, our leg muscles wore down, and we relaxed. And there I was: thigh-to-thigh with two beefy strangers—the horror! And the worst part: neither of them left the train for a good seven stops! It was the longest train ride of my life.

Here’s possibly the trickiest T scenario to be put in: you’re siting between two people, then Person A leaves. Do you scoot over one, so you and Person B don’t have to be next to each other? Or should you just stay where you are? You don’t want to offend Person B. But at the same time, aren’t you doing Person B a favor by giving him/her space? I can never decide the right move.

But let’s forget the trivial for a second. The Boston train system is a wonder for something else: its diversity. I’m sure most city subways are like that. But truly, I’ve never been in a more diverse environment than the T. It gathers all walks of life into one train-car. And for a moment, no one has to be a “token” anything; we can all just be together, trying to get from A to B. I cherish this kind of naturally occurring diversity, and think it a hidden treasure of public transportation.

Have a few funny subway stories of your own? Comment! Thanks for the read!