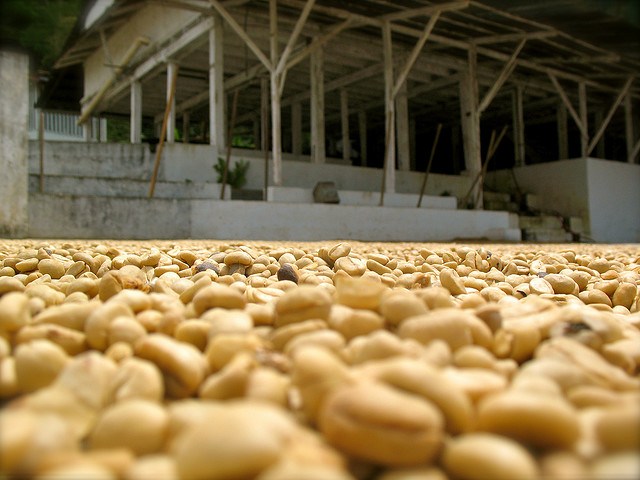 (Craig Campbell)– The STOPKONY2012 video has raised a lot of necessary questions about clicktivism and international advocacy on the part of privileged Americans. If one’s heart is in the right place, do the smaller details of the issues really matter that much? Is it better to improve the situation of a group of people even if they don’t want it?

I spent this past spring break in a rural town in the mountains of Honduras. It wasn’t the quaint, idyllic village I had imagined; I was in a third world country, and La Union, Lempira was dusty, dirty, and poor. Over the course of the week, I witnessed a variety of ways well-intentioned people give their time and money to those in need.

In her first year after graduating, instead of launching a budding career in Washington DC, my sister decided to teach 5th grade at a bilingual Christian primary school. Some students have no problem following instructions from the English-speaking teachers, while some don’t have a clue. Almost all are on scholarship from a generous outside sponsor. Two of my sister’s coworkers are 18-year olds from Scotland, placed to teach in Honduras by the UK’s Project Trust. Billed as the “original gap year,” it sends high school graduates to work for 8 to 12 months in the developing world. (It’s a great model – I wish taking a gap year were more common and acceptable here.)

They’re giving their time and their energy; they’re being selfless in service to a world riddled with inequality. But consider the opportunity cost. Regardless of the acts of love they’re spilling all over the Honduran countryside, economic theory would label my sister as underemployed given her University of Michigan college degree. The global economy would be better off if she was employing her hard-earned knowledge in the field that she studied.

O Economics, and the havoc you wreak. In a recent NYT article called “1% Education,” Neal Gabler explores the effect that competition for limited spots at elite colleges (hey, that’s us!) has on the social structure of education. He writes:

There is a big difference between a culture that encourages engagement with the world and one that encourages developing one’s own superiority. The former promotes a sense of commitment; the later has the danger of rewarding students for collecting as many experiences as they can without stopping to explore – like tourists who pride themselves on how many stickers they can slap on their luggage. Focus on community service has never been greater, and many of us know parents who boast that their teenagers helped build a clinic in Botswana or taught schoolchildren in Central America during spring vacation. But motives matter, and such casual experiences can be empty ones if they turn what could be real social involvement into personal aggrandizement. (Look what I did!)

Most of us are familiar with the annual fleet of high-school students eager to devote a part of their summers to help the world. They fly out with a church group, or Habitat for Humanity, or whatever, to a developing country to build a school, or a chapel, or dig irrigation canals, or teach English, or some other great, nice, charitable thing that those poor people really need. Now total the cost of all that: the plane tickets, the rented van, the supplies, the food, the day trip to the awesome waterfall nearby, the medicine when some kid inevitably swallows a tapeworm, and every other expense. Take the sum of all the fundraising and personal expenses, and pay a local construction company – one that actually specializes in what it’s doing – and stay at home. How much farther does the money go? How much more could you build? Just a little bit more? Twice as much? Three times?

I went on one of these trips when I was 15. A group of about 20 kids from my church drove down to a rural Appalachian community in Kentucky, where we were divided into regiments to build additions for three existing houses. The residents watched us work with half-amused, half-bored looks. They even made requests as to how they would have done the construction differently, or how the previous group had done a better job.

Most of the clothes people wore there came from a second-hand store that sold previously donated t-shirts for about 25 cents. Except for the local craft shop (that didn’t really sell anything) the residents of that community had withdrawn any real societal contribution they might have given, and became so dependent on charity – handouts – that instead of thanking us, they expected the help they were getting, and could afford to be critical of our work.

It’s safe to say that well-intentioned aid doesn’t necessarily always do good. TOMS, a brand of shoes, are comfortable, versatile, and minimal – all while easing your guilty social conscience! With each pair purchased, Toms fulfills their one-for-one promise and “donates a new pair of shoes to a child in need.” I was on their website earlier, and discovered that they pay for one customer each week to follow their purchase around the world. (DEFINITELY the best way for a charity to spend $100,000.) So, when you win the drawing, you get to see all the Nicaraguan children rippin’ around town in their new Toms. Quick, get a video of how happy we’ve made them! How cute, they’re wearing shoes that we wear too! And then feel free to leave and move on with your life.

What happens, one month later, when a shoe designed for a suburban sidewalk quickly falls apart in the rocky terrain of a mountainside village, and those adorable kids are left, once again, shoeless? What happens to the local shoemaker in town who lost an entire generation worth of business because some American do-gooder came in and freely handed out his livelihood? Analogously, when we’re having so much fun stopping Joseph Kony, who cares what those silly Ugandans (or is it Uruguayans?) think?

Besides witnessing my sister in action at school, I shadowed a couple American guys working at a microfinance firm in the area for a few days. They showed me “The Beneficio,” which is a small coffee processing plant they built over the past two years. There they buy coffee beans from local farmers, which they then de-pulp, wash, and dry before shipping for export to the USA. Unlike other aid groups that have come and gone in the area, much to the chagrin and distrust of locals, these guys set up a more permanent enterprise that provides small loans (in the forms of fertilizer or tools) to farmers. Not donations, but loans. Loans that have to be repaid. Loans that establish credit. Loans that develop fiscal responsibility. Business and education – the two most effective forms of international aid.

Since they’re so selective, only very high quality coffee ends up going through processing. So now when you’re walking the aisles of Trader Joe’s, scanning the coffee selection, which blend do you choose to support the hard-working farmers of Honduras? The ones that are certified organic? Fair Trade? These certifications secure premiums for the coffee producers, and therefore cost more on the shelf. But the poorest farmers, many of whom are producing a superior product, cannot afford to pay for these certifications.

So why does Fair Trade exist? To make white people feel good about helping needy third world people. Sure, it’s a quality control measure that ensures a higher price for many small farmers in the volatile coffee market. But much of the exact same coffee that meets Fair Trade and Organic standards end up in regular, non-certified markets. Even so, most of the premium one might pay at the store for Fair Trade coffee goes not to the farmers, but to the bureaucratic and marketing expenses of Fair Trade International. Your one dollar donation to the third world via purchase of Fair Trade coffee would go a lot farther as a direct cash transfer to the farmers.

Clearly international aid isn’t as simple as writing a check to a charity, or hashtagging a burgeoning twitter movement. It’s easy to point to the flaws in the TOMS, Fair Trade, or #StopKony models. Your sponsorship of some kid at your church would technically be better spent as a direct donation, but would you ever donate then? If you bought regular priced coffee, would you forward the equal amount of the Fair Trade premium to the farmer?

No, that’s inconvenient. And as much as we like to believe in the good we’re doing around the world, aid isn’t only about the recipients. The design of a church mission trip, or Project Trust, is to expose high school students to a different culture, and to teach them to appreciate the value of service. And then, just maybe, one of those students will decide years later, based on that experience, to set aside what looks good on a resume – what is economically “correct” – and return to one of those communities as a teacher, or missionary, or a micro-lender. And props to those people that do.

I’m now safely back in the US; I saw all these interesting things, met all sorts of interesting people, and had lots of enlightening conversations about international aid. So now what am I going to do about it? My intentions are good, as are most others’. I try my best not to be ignorant of the issues, which I think should necessarily be the first step in anything having to do with foreign (and also domestic) aid. But it’s unlikely that in three years I’ll wield my diploma and charge into the developing world. The way I see Honduras, coffee, and my sister have changed, which I’m grateful for, but I don’t think I’ll be heading back any time soon. So what else can I say about the my nine days abroad?

That I taught schoolchildren in Central America during spring vacation! Look what I did!