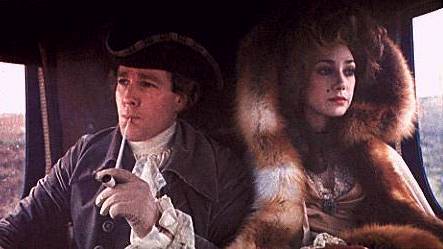 (Ethan Gates)– Part 2 in my ongoing series, Get to Know an Unloved Film Craftsman.

Last week’s subject, cinematography, was a pretty easy craft to understand: cinematographers literally create the images you see on screen. This week, because I am now slightly intimidated by my own stated goal of explaining sound mixing, I am going to stick with one of the more obvious elements of film design: costuming.

Now I’m not going to be patronizing here. Even if you had never seen a movie in your life before, you would probably be able to intuit what a costume designer does. Characters wear clothes. Someone needs to decide what those clothes look like. Boom, we’re done.

So instead I’m going to speak up here for a certain kind of costume design that hardly ever gets recognized by critics’ groups or award ceremonies like the Oscars. Namely, costume design for any movie that take place after 1945.

I don’t know what the Academy has against suits, I really don’t. But the fact remains that the more hoop skirts you have in your film, the greater chance it has of being nominated for an Oscar (and Elizabethan period films score an automatic bid). The Costume Designers’ Guild is of course far more inclusive: they separate their own awards into Period, Fantasy and Contemporary categories, removing the apples-and-oranges problem that the Academy has set for themselves.

It really doesn’t matter when or where a film is set: the clothing the characters wear gives the audience valuable insight into their personality. We know something about a person (or at least, we make assumptions about a person) based on whether they’re wearing jeans or Dockers, loafers or Converses. Is their clothing close-fitting? A hand-me-down? Rumpled? Ironed? Fashionable, or a few years behind the times? Does the person stand out in a crowd, or blend in? By getting the answers to these questions, you’re already learning something about that character, before they ever even say a word.

So when Ellen Page walks into “Inception,” her colorful ensemble immediately stands out against Leonardo DiCaprio’s dapper but vaguely soulless suits (thank you Jeffrey Kurland). Colin Firth’s carefully folded shirts in “A Single Man” reveal his meticulous character even before we know he’s the kind of man who plans out his own suicide to the last detail (thank you Arianne Phillips). Diane Keaton’s bizarre outfits in “Annie Hall” might’ve gotten the I AM A QUIRKY GIRL message across a little too strong, but they are certainly distinct pieces of costume design even in a contemporary setting (thank you Ruth Morley, and, well, Diane Keaton).

For instance, my favorite film from a costuming standpoint this past year was undoubtedly “Drive.” Ryan Gosling’s white satin scorpion jacket was the kind of iconic outfit that will probably inspire Halloween costumes for years to come, but even beyond that, the leather driving gloves, jean jackets, cheap suits and thrift-store ensembles on display in the rest of the film perfectly embodied the sleazy, grungy world that the Driver inhabited.

How about you, dear she-bombers? Any particular favorite pieces of film costuming that you think has gotten short shrift?

Five to Think About: Costume Designers You Probably Already Love