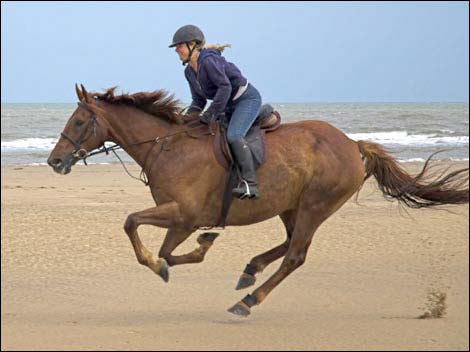 My roommates always make fun of me because not only do I have terrible taste in TV and movies, but I also have a strange propensity for horses. I have never ridden a horse, dislike their scent, and am a bit afraid of the real live thing (they’re so much bigger in person!!), but I fucking love the concept of a horse.

Horses are every bit as loyal and sociable as a dog. But they carry you places. On their back. The nice thing about animals is that they are living creatures that are affectionate, but don’t talk your ear off and don’t judge. So for an introvert like myself, the concept of a horse is insanely attractive in that respect. But also in the whole partner in crime/get away vehicle respect. Now I’m not talking real crime here, but rather a simple urge to disappear without a trace.

Of the majority of people I talk to, there are often two impulses to cope with being overwhelmed for what society might consider the “better adjusted” introverts (excluding bodily harm and substance abuse): running away and hiding. While hiding is far more practical, I personally often field the urge to runaway. Just get in my car and go. Without anything, without telling anyone, and most of all, without a plan. The urge strikes at the most random of times, sometimes if I’m just driving home, I wanna just keep driving down route nine… just keep going. Blasting my music and just being. Existing within two sides of the street, within the four walls of your car, within the song. Without thinking of all the other implications.

But obligations and fear always keep me coming back. And a part of it is loneliness. Perhaps we’d be more likely to face these fears if we knew we didn’t have to do it alone. Which is where horses come in. In theory, I think horses would be awesomely useful. Who doesn’t want to run away with a pal? Sure he smells and eats a lot, but he will run fast and far. He has somewhat of a personality (hopefully it doesn’t suck). And it means you don’t have to be alone. Sounds like a win win win to me.

So does it still make me weird that I like to watch horse TV shows and movies? Absolutely. But you can’t argue that there’s some merit to those giant bundles of muscle and stench.