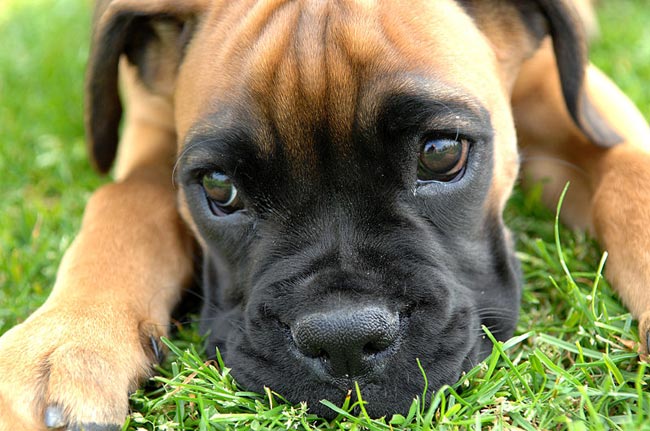 Some of you have already stopped reading.

Others may be reading simply because they cannot comprehend such a wild idea. Can someone watch “Christian the Lion Reunion,” and not melt into ooohs and awwws? Is it possible to look at a LOLcat and not LOL? And whose heart doesn’t melt at the sight of a brand new puppy? Mine. I can’t explain it; maybe I’m just prejudice towards other species.

What could have happened for me to have such abnormal behavior? A traumatic childhood experience with the neighborhood rottweiler? Maybe simply a poor upbringing. I haven’t been able to locate the exact instant of upset. But I do have one theory: when I was three, I would visit my dad every weekend at his apartment. Down the hall from him, he had a neighbor. This neighbor was a nice enough guy, but his presence always filled me with fear. Why? Because he had not one, not two, but THREE puppies–all of whom were never leashed! The beasts would charge after me, barking as I ran for my life…I’ve never been the same since.

Some of you might be thinking, “Chill out, who cares if you don’t like animals?” Well clearly you’re unfamiliar with the stigma that comes with being called an Animal Hater. On the scale of “People Other People Like to Hate,” Animal Haters fall somewhere between the Sexist and the Sex-offender. They are a misunderstood and loathed minority. But I swear I wouldn’t complain so much if my animal-hating didn’t interfere so much with my day-to-day life!

Here’s an example of when hating animals really sucks:

Person: Cmoooooon, you’ve gotta have an idea! Just pick one!

Person: Hahaha, you’re so weird! But really… (starts getting nervous)

Me: They live in the water, so I’ll never have to see one. And they sting people, so no one’s ever gonna ask me to see one.

Me: It’s fine. (It’s totally not fine…try to smile anyways)

Person: Goodbye now! (Person thinks Buddy is the greatest companion she’s ever had, and that I’m a freak)

As you can see, hating animals is a little more complicated than it seems. But I must qualify this term “Animal Hater.” Just because I don’t like animals doesn’t mean I wish them any ill will. I don’t go around, tipping cows and throwing rocks at squirrels. I don’t wear my carnivore status like a badge. In fact, I’m perfectly fine with animal presence on Earth, and recognize it’s vital purpose in the circle of life; I just would rather animals play no role whatsoever in my immediate life (except for the rare occasion that I go to an aquarium—aquariums are the bomb…maybe because there’s always a wall of glass to protect me). Is that so bad? Perhaps the better term would be “Individual Who Is Apathetic Towards Animals.” But Animal Hater just sounds better.