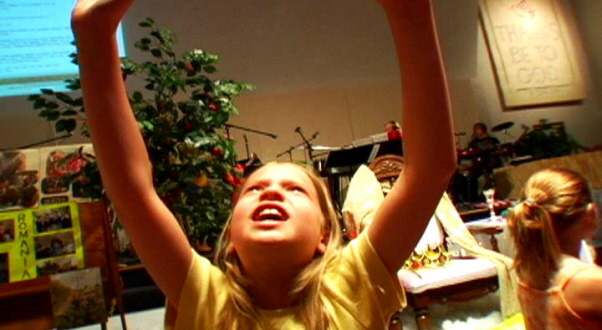 (Craig Campbell)– “Train up a child in the way he should go: and when he is old, he will not depart from it.” Proverbs 22:6, King James Version.

In a post I wrote a couple weeks ago, a reader commented that I shouldn’t be so quick to “write-off” religion. When I discuss my views on religion, I sincerely hope that I don’t come off as derisive, so I guess I should do some clarification.

My complicated relationship with my faith begins about 10 years ago.

When I was a kid, every Sunday morning, without fail, I would wake up around 8 am and pretend like I was sleeping until 9 in the hopes that my mom would find it in her heart not to disturb the serene slumber of a delicate child. And, without fail, every Sunday I would be woken up, throw on a clip-on tie, and head to the local United Methodist Church.

The sermons were boring. The old people pinched my cheeks. We always stayed much too long at the coffee hour after the service. Part of the deal was that every Thursday afternoon I had to go to an after-school program at church called “Logos,” where I got along better with the Table Parents I had been assigned to for dinner than with the other kids. So I guess I didn’t really like church that much.

But then my faith was catapulted in a completely different direction. When I was 8 years old, I went to Bair Lake Bible Camp for the first time with two of my good friends. When my mom told me that she had enrolled me, I ignored the whole “bible” part and was excited to be going to a sleep-away camp, replete with water sports, nature hikes, and gee-wiz, even a zipline! After spending a week there, I had enjoyed everything that I’d expected out of a fun-filled adventure to summer camp.

“That if thou shalt confess with thy mouth the Lord Jesus, and shalt believe in thine heart that God hath raised him from the dead, thou shalt be saved.” Romans 10:9, KJV.

And then there was the Bible. We had hired speakers talk to us about what Jesus should mean to us as a bunch of 3rd-5th graders. I was awed by the sermons that promised the glittering rewards of heaven and professed the passionate love of Christ. At the end of the week, staring deep into the flames of a hilltop bonfire, I prayed with my counselor into the quiet, starry night. I uttered with my lips that I accepted Jesus Christ, Son of God, as my Lord and Savior. The light inside my soul had been ignited and I wanted to fan the flame, hallelujah!

Although I don’t remember this conversation, apparently as soon as my parents picked me up from camp, I called my sister shouting “Guess what? I’m saved!!” A few weeks ago she told me that she was at first confused (saved from what? the counselors?) and then a little worried. But I wouldn’t have known it then.

Year after year I returned to camp. As the summers flashed by, my friends from home stopped going with me. But that was okay; I was comfortable attending alone. Eventually I even started going to weekend retreats in the fall and winter to get my Jesus-batteries recharged, and also to see my good, Christian friends.

“Good, Christian friends.” As opposed to what? My bad, Satan-worshipping friends from home? When I wasn’t at camp, I struck an uncomfortable equilibrium between social competency and adherence to what I was being taught in the summer. I’d tell people not to swear, at least around me. I refused to take off my crucifix necklace during swim practice. But I’d still make fun of other kids and break my parents’ rules.

“Therefore go and make disciples of all nations, baptizing them in the name of the Father and of the Son and of the Holy Spirit.” Matthew 28:19, New International Version.

My last two summers at Bair Lake, I attended the “Christians in Training” (training for God’s Army?… they never put it quite so blunt terms) program, which focused on how to be effective Christians in the world at large. It was the first time they introduced the concept (and necessity) of evangelism.

The last year I was there, our counselors told us that anyone who did not explicitly accept Jesus Christ as his or her Savior – not in exchange for good deeds but by faith alone – was going to Hell. Gandhi: Hell. Every Catholic person: Hell. All my friends from home: tossed into a lake of eternally burning sulphurous fire. They sent us home bright-eyed and bushy-tailed, equipped with bags full of Bible tracts. We were encouraged to show our friends, those sitting next to us on a bus, random passersby in Wal-Mart parking lots. No one was out of bounds, because we were sharing the Good News, amen! I had lingering doubts, but I remember that on my way home, I asked my mom whether she had been saved. She told me that she believed that there are many paths to heaven, Christianity being one, and that she believed that Jesus was a man – undoubtedly a great man – but a man. Which meant, according to the Bible, that she was not saved.

I told my own mother that she was going to hell.

And I believed it, for a while. But then I started coming to terms with my sexuality. And then I started to struggle with depression. I just couldn’t imagine that an all-powerful, all-benevolent God would let anyone go through that. That He would let mostly good, but vehemently homophobic people preach His word. That He would create honest, decent people and then let them suffer for no reason other than that something is biologically wrong inside of their heads. If I had shared my pain with someone at camp, they would have told me to turn over the problems to God; it was all part of His plan.

Ever since I was a little kid, that irreconcilable opposition between fate and free will was one of the biggest issues I had with religion. We’re just supposed to pray, and then the ultimate answer will be made clear. I was ambitious (enough to get into Amherst, anyways) and at both camp and Church I was always being told to “slow down,” place my plans aside, and simply ask God to reveal the path that he intended for me. I prayed every single night. After a while, praying was just a ritual I did to fall asleep. And then I stopped altogether when I felt sure that there was nothing and no one listening.

“Listen, my dear brothers: Has not God chosen those who are poor in the eyes of the world to be rich in faith and to inherit the kingdom He promised those who love Him?” James 2:5, NIV.

As I look back, bible camp wasn’t just about God. Or at least that’s not what it became for the people that went. Only recently I’ve realized that it was a place for dejected individuals to lay aside their problems, which were mostly socioeconomic but also social and familial, and come together in communion and worship. Unfortunately, one of those “problems” that I was expected to leave at the camp gate was the fact that I was a boy who liked boys. The last summer I went to camp was the first summer I kissed a boy.

After facebook stalking camp friends I’ve since lost touch with, it seems like everyone has fallen into one of two categories. There are those who are still clearly all about Jesus. (Religion: Christian. Political views: Christian.) And there are those who have very much rejected religion. (Religion: Bong rips for Jesus!!) Everyone looks a little crazed.

Becky Fischer‘s camp was definitely more extreme than what I experienced. But it’s not too different. We were told that the ability to speak in tongues was a gift. And there were kids at Bair Lake who weren’t allowed to read Harry Potter or Twilight. When I was 12, a worship leader held up a bag of brown mush and told us that it was absurd and sinful to believe that we evolved from organic compounds in mud. We weren’t allowed to play the Big Booty game; we had to play Big Bible. I had my doubts. When I expressed them, I was told that it was okay if I didn’t believe. As long as I wanted to believe. And for so long I desperately wanted to believe.

While writing this post over the past hour or so, I’ve been on youtube listening to all the worship music we sang at camp. (Side note: is it morally wrong to torrent Christian worship songs?) All of the powerful emotions I felt as a kid singing praise returned, surging in full force. Classical conditioning: the unconditioned stimulus (God) is gone, but, presented the conditioned stimulus (music) the conditioned response is absolutely still there.

Karl Marx said that religion is the opiate of the masses. This plays into a question that I frequently struggle with. The more you learn, the more you realize you don’t know. The people who know the most about the world, whether experientially or intellectually, seem to be the most unhappy. Is ignorance bliss? Sometimes I wish that I had stayed in the system. Yes, it was a system, but the system worked. Take a bunch of kids, limit their sleep, tire them out with games all day, and then tell them to open up their hearts and minds in a chapel boiling in the summer heat. Maybe it wasn’t fair, but it worked, and I was happy.

I was reluctant to write about this experience because I feel like it doesn’t have a conclusion. Great, I was an evangelical fanatic and now I’m grouchy, gay, and agnostic. Sure, I’m more “enlightened,” but clearly less happy. And because of that I’ve had a desire to become more spiritual lately. I’m finally beginning to distinguish spirituality from organized religion, and because of it I want to pursue that sense of spiritual contentment I’ve since lost.

I guess that in the case that I’m wrong about it all, I always have that safety net of accepting Jesus in 3rd grade to fall back on to get me into heaven. Which, strictly according to the Bible, is enough.

But there should never be an “enough” when it comes to something as essential and important as religion. When salvation is the ultimate goal, we force ourselves to fit into the simple dialectic of heaven or hell, achievement or failure, yes or no. That’s not religion to me.

Early in high school, I remember arguing with an atheist girl about the existence of God. I ended up without much to say, except that I had intimately experienced the presence of God when I was saved, and that no matter what, she couldn’t take that away. I realized since then that I didn’t actually see god, or at least not God. I come closer to “seeing” divinity while sitting on the top of a hill watching the sun color the clouds with streaks of crimson as it sets on a beautiful September day. God is something unique to us all: maybe that means God the Father, many gods, god as nature, god as the human spirit, god as the edges of our consciousness, or no god at all. I guess I’m just still searching.