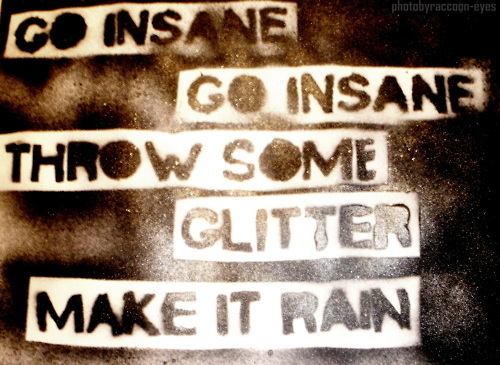 Of all the things I have learned in my near-four years here at Amherst, one thing stands out most: I know, definitively, that it rains a lot in Amherst.  An awful lot.  And so, as we are on the cusp of a lovely week-long break in which some of us will certainly relocate to more accommodating climes, I have decided to share with you some interesting facts about rain.  Just so you don’t forget what the cold, wet bullets hitting you in the head are when you return to school in ten days or so.

1. When it’s not raining, Amherst is a pretty nice place.  The early fall brings perfect temperatures (albeit with more humidity than I prefer), the late fall consists of cool, crisp days, winter dumps fluffy snow, and spring blossom-watching is one of my favorite pastimes.  But in between these days of bliss (which are too often weeks apart), precipitation falls with a vengeance.  When it stops, my heart soars and I rush outside and splash in all the puddles.  My soul is elated – and the rain, not it’s conclusion, actually has something to do with my joy.
It’s the smell – that grassy, earthy, ozone smell that fills the nostrils and clears the mind.  That smell is grass and dirt.  It comes from an oil called petrichor – produced by plants, absorbed by rocks and soil, and released into the air when it rains.  The word petrichor comes from the Greek petra, ‘stone’, and ichor, the blood of the Gods – the next time it rains, I’m going to catch some air in a bottle and use it as cologne.

2. It’s proven that in temperate climates, people are more stressed during cloudy periods.  In dry places, rain makes people happy.  Next time you notice yourself feeling glum, despite the fact that you are hanging out with your friends and you just got an A on that paper for that tough professor, look outside.  It might be cloudy.  If you’re a guy, this is especially possible – it’s also been shown that men are more seasonally affected than women.
It’s a Catch-22: would you rather go to school in the summer and feel happy all the time, basking in the sun, or spend the winter locked away from the dark, cold outside, your only solace being the fact that in a few months you will be completely free?  I choose neither: I want to live in San Diego, where it’s sunny and warm all year round.  Problem solved.

3. I’m sure you’ve been walking outside, minding your own business, when all of a sudden the sky darkens, clouds tumble in, and the rain begins to fall like bullets.  Running for cover, cursing the sky, you stop to do a quick calculation and determine that the rain drops battering your skull are cruising in at 20 mph.  Even a little drizzle works itself into your eyes at around 5 mph.  Think of it this way: if a raindrop was bigger, it would feel like a black mamba biting you in the head.  Actually, don’t think of it that way, because it’s frightening, and a completely useless comparison.  If the raindrops falling are any bigger than your thumbnail, don’t stop to think about snakes – go hide somewhere and hope they don’t get any bigger.

4. Monster raindrops lead to monster storms, and monster storms bring massive accumulation.  The most rain ever recorded in one minute is 1.5 inches, in the Caribbean Islands.  That kind of rain brings flash floods, overflowing drainage systems, and washed out roads.  And that’s only in a minute.
The most rain ever recorded in a day, however, puts that number to shame.  In Fac Fac, on La Reunion Island in the Indian Ocean, 73 inches poured all over the ground in twenty four hours.  Seventy-three inches.  That’s 6 feet, 1 inches of rain.  An average-sized man could swim comfortably in a rain gauge after that storm.  But at least it would be water he’d be swimming in…

5. Because it does not always rain regular water.  Just when you think the world is safe, blood, algae, and even cows can hurl themselves from the sky toward your terrified form.  As recently as April of this year, Scottish schoolchildren were pelted with earthworms from the heavens.  It puts the plagues in perspective when you are cowering under an eave, watching your carefully manicured lawn be engulfed by dozens of worms.  Worms, however, could be the least of your worries.  The Argentinians were drenched in spiders – just thinking about that makes my skin crawl.  Were they tiny little attic spiders or the nightmare-inducing Giant Huntsman Spiders, ready to latch onto your scalp with their foot-long leg span?  I don’t want to know.  Englanders were lucky enough to be splattered with jellyfish in 1894 – hopefully not poisonous ones – and residents of California watched as the tiny pieces of an exploded cow landed around them.  But it has never rained ‘cats and dogs’ – though there are many equivalent expressions around the world.
In Russia, it rains ‘from a bucket’.  The Cantonese are more blunt – a hard rain comes down like ‘dog poo’.  And stay out of the Scandanavian countries, where if the rain isn’t ‘standing like poles in the hill’, it’s coming down like ‘shoemakers’ apprentices’ or ‘she-trolls’.

Next time it rains in Amherst, you can look out the window and be glad that it’s not flash-flooding or raining unidentifiable invertebrates or a blood-red liquid.  You ought to open your windows and bask in the post-storm petrichor odor, don your muck-boots, and splash in the biggest puddles you can find.  Show that rain that despite it’s best efforts, it’ll have to try harder to bring you down.  Although throwing a cow at you might do it.