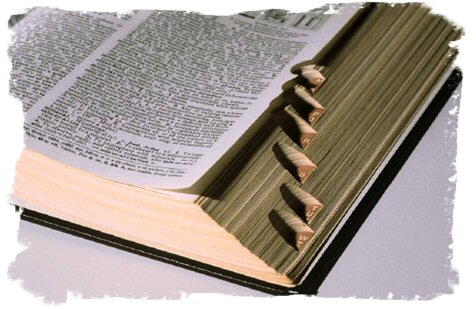 So, I am still studying in Göttingen, Germany, and I’m still having a fantastic time. One (rather embarrassing) thing that’s been holding me back, other than the day from hell (http://www.she-bomb.com/?p=2574) and the bowel movements from hell (…) is that “American” isn’t generally understood here. Now I speak pretty OK german–but when I speak with Brits, or even Germans who are just dying to practice their english with a native speaker, I’ve encountered some problems. So here is a list I’ve been compiling of things to be aware of while speaking with the general European community:

2. Krumpets are real. Do not make fun of someone for using the phrase “Oh I just miss my Krumpets an tea”– they aren’t being ironic or joking about stereotypes. This is real.

3. “10 minutes” in Italian/Spanish means “half an hour.” “Oh, we have time to get a coffee before class, it’ll only take 10 minutes!” (I guarantee that you will be late. There exists no regular sense of time in these two countries, only approximations and hand gestures)

4. “Maxi-Lad” to be applied to a man. Contrary to popular belief (and because I’m the only American, this isn’t popular belief, it’s just my belief) this has nothing to do with maxi-pads. It actually means that a man is very much a Lad–a lad is super manly. So Robbie from the Jersey Shore would be a “Maxi-Lad.” I was the only one laughing at the beautiful irony in this label

5. “humor” (American) = “really bad joke” (everyone else). Unfortunately, humor is not universal. I’ve broken down a quick list, based on my most recent findings, on humor
-British Humor: “Taking the piss out of you” — this means making fun of you at your expense. Example conversation:
German: “I’m afraid my English really isn’t too good. I apologize”
Brit: “Yeah, your English sucks.”
German: stares in horror “Oh, I’m quite sorry”
Brit: “Really, it was a joke–your English is good, you have to know that.”
German: still feeling awkward and wounded “oh.”

-Russian Humor: anything that transpires while black out drunk

-German Humor: extinct or at least an endangered species. No one understands my jokes here. More to come, but for now, an example…I met a guy in the club and was literally going over the most basic questions, “What’s your name?” “what do you study?” So I’ve literally been talking to him for 2 minutes at the outside
BKflamebroiled: “So what are you studying”
German: “technical engineering” (that’s the closest translation I’ve got…sorry…but it’s not so important)
BKflambroiled: “Oh, so you’ll make me an iPod”
German: incredibly uncomfortable “I’m afraid I really can’t make you an iPod. I just–I just don’t know how”
BKflamebroiled: “It’s OK, I know–eeh, it was a joke…a bad joke I guess.”

It was a great fucking joke. Of course he’s not gonna make me an iPod, only apple makes those! And even if he could, I wouldn’t request one in earnest after two minutes of knowing him…

-Italian Humor: Making fun of the Germans’ lack of humor. This includes heavy use of gesture and many conversation digressions, so that no topic is ever actually discussed so much as piddle-paddled around in

6. “She’s good crack” alternatively: “He’s good crack.” Completely unrelated to the drug. Actually both the British and the Irish stared at me like I was crazy when I insisted this might be related to the common street drug, crack-cocaine. Instead, this means that someone is a lot of fun. (be aware only some British will know this term, it’s mostly the Irish who use this–and you will have no hope of understanding their thick accents anyway, so you should probably just quit while you’re ahead on trying to communicate with this group)

7. “Butter” (German) still means “butter” (English). This one requires a quick anecdote. I was eating breakfast with some German floor-mates, who always want to show me “German culture.”
Jan: “This is Butter. Do you know what butter is?”
BKflamebroiled: “nooooo never seen it before! What is butter?”
Jan: “Oh, I just figured you would know because Americans are so fat, and they only eat fat.”
BKflamebroiled: “Jan, I know what butter is. It’s a staple world-wide. I was just telling a joke”

As another side note: be prepared to face the stereotype that all Americans are fat constantly. People are literally amazed that I’m not obese and that I eat salads. Like, literally, they think we’re all lazy fat-asses. I have had the no-not-every-American-is-fat-conversation with almost every European I’ve met. Europe, if you’re listening–it’s a little insulting actually.

8. “Pre-game” (American) the Brits and Irish have their own term, so don’t expect to be understood! “Let’s pre-game together a little” when translated directly to German means “Let’s foreplay together a little” — so be aware of this potentially (a.k.a. I’ve already lived this) embarrassing mistake!

9. “Ugh, I’m just dressed like a tramp today, aren’t I?” (British). Tramp=Hobo. does not equal slut. Do not agree to this statement because the fashion conscious british may find “hobo” more offensive than “whore.”

10. “You are a nice pussy” (Italian). Believe it or not, this is meant as a compliment (and it is meant literally, as in vagina). It is a direct (if uncomfortable) translation of somehting italian men would often say. Alternatively, use “you are making me perspire.” Some brave Italians have attempted english phrases such as “your prudery is turning me on.” I advise all american women to just keep a good distance.

Anyway, hope that’s helpful! I’ll probably add another installment when I find out more. But signing off for now!